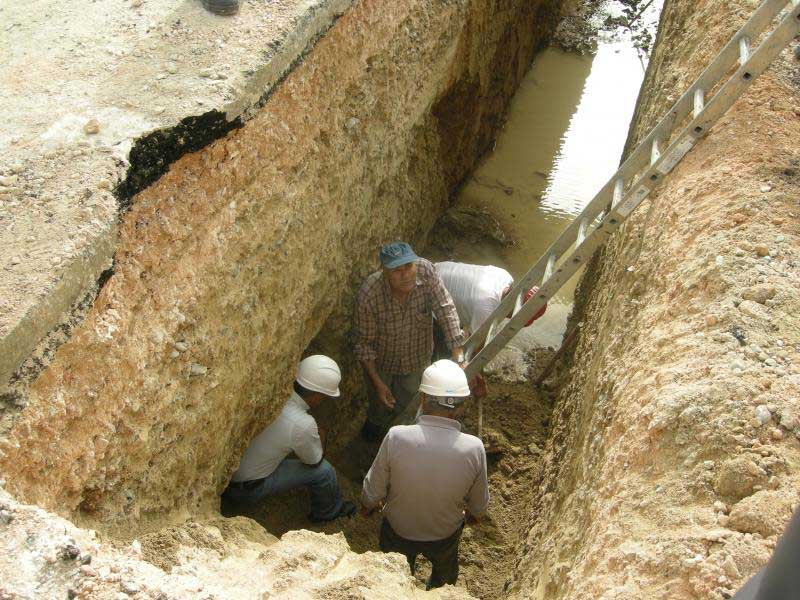 Ancient tombs from the Phoenician period (hailing between the 6th and 4th century BC) were discovered in the Faneromeni district in Larnaca during work on the town’s sewage system.

According to archaeologists, who hurried to the site, the graves may be an extension of the ancient tomb known as the catacomb which also dates back to the 4th century BC and can be found under the old church of Panayia Faneromeni.

Larnaca mayor Andreas Louroutziatis visited the site and was informed about the new findings. He said work on the sewerage system will stop temporarily at this particular part of the Faneromeni Avenue until a decision is taken in collaboration with the Antiquities Department on whether excavations should continue at the site to find any new possible archaeological discoveries.

“The discovery of Phoenician tombs is yet another indication that Larnaca is a city filled with history. It is an area continuously inhabited for four thousand years, and the discovery of ancient tombs and sarcophagi, in particular, proves this to be true,” he added.

According to “Filelevtheros” newspaper, plans are ready for the renovation of the catacomb underneath the old church of Faneromeni and the creation of an underground museum. The project will cost €300,000, half of which will be covered by the antiquities department.