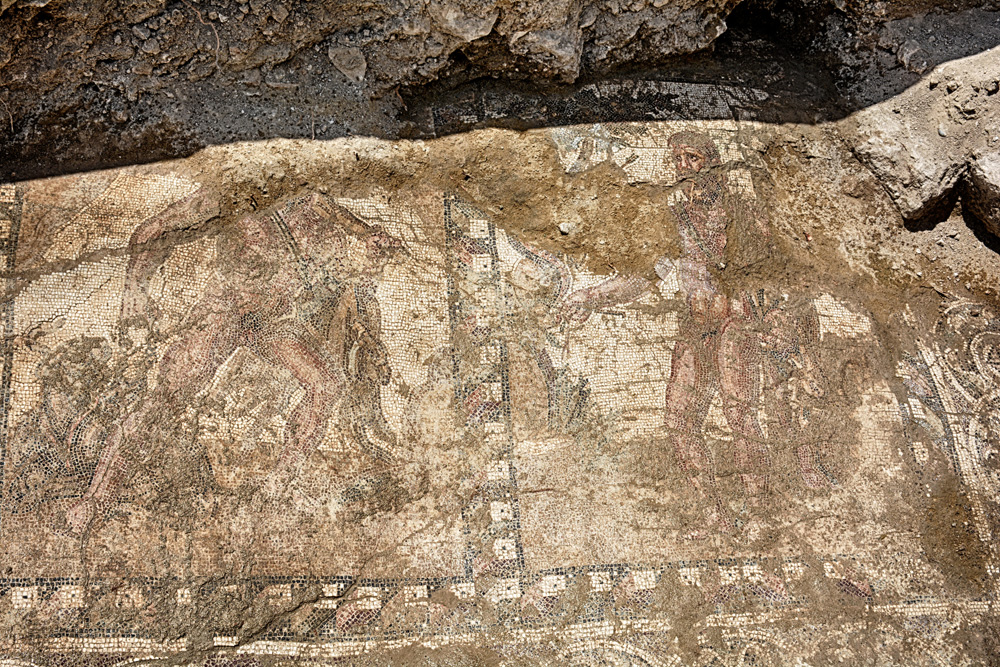 The mosaic pavement in Larnaka

Probably depicting the Labours of Hercules

Following the publicity given to the discovery of a new mosaic floor in Larnaka town, the Department of Antiquities of the Republic of Cyprus has published a photograph of part of the mosaic floor and given the following information to the media:

The mosaic floor was revealed in Agios Neofytos Street in Larnaka during excavation work for the construction of the city’s sewage system. Archaeological research on the site is still ongoing and only part of the mosaic floor has been revealed. Even though the mosaic floor has only been partially excavated, and has yet to be conserved, a preliminary estimation would suggest that scenes of the Labours of Hercules are depicted and that it is dated to the Roman period.

Written sources and inscriptions provide information that during the Roman period Ancient Kition played an important role in the establishment of Roman culture in Cyprus, however up to this day roman remains found in the city are very few. Therefore, the mosaic floor that came to light and the building it belongs to, provide important evidence for the development of the city during the Roman period.

NOTES
1. Department of Antiquities of the Republic of Cyprus