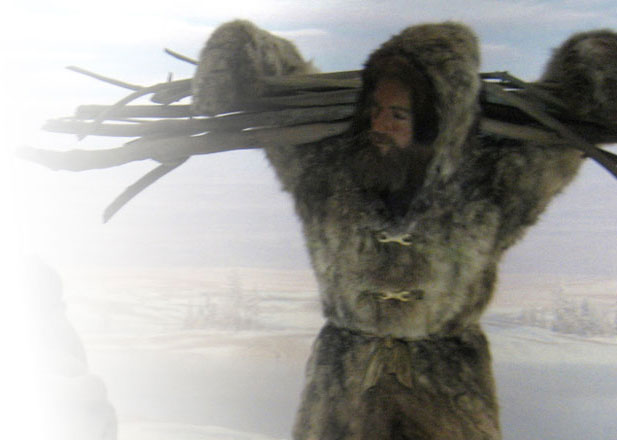 Seeking their comparative advantage over the Neanderthals

The disappearance of Neanderthals still remains a mystery, but paleoanthropologists are increasingly understanding what allowed their evolutionary cousins, Homo sapiens, to conquer the planet.

According to Ariane Burke, Professor in the Department of Anthropology at the Université de Montréal, the rapid dispersal of anatomically modern humans was not so much due to superior intelligence or improved hunting or gathering techniques, but rather to the creation of symbolic objects that allowed them to extend their social relations across vast territories.

Homo sapiens arrived in Europe some 45,000 years ago, from Africa. In less than 15,000 years, they managed to occupy the whole of Europe and Eurasia — an extremely rapid expansion. Neanderthals, on the other hand, were born of Europe, appearing on the continent more than 250,000 years ago, after their ancestors, Homo ergaster, had become established there 600,000 years earlier.

Though physiologically well adapted to the cold climate of the glacial and post-glacial periods, why were Neanderthals not as successful as their human rivals in colonising the continent?

“Neanderthals were quite capable of hunting herd animals and big game,” said the researcher. “They also knew how to feed on shellfish, plants, and nuts.”

They occupied diverse territories, with a variety of climate zones, ranging from the Iberian Peninsula to the Middle East and the Altai Mountains. Yet current knowledge suggests they never occupied the northern plains of Europe, where they would have been able to survive quite well.

Based on these present known facts, and considering that the territories occupied by Neanderthals were small and distant from each other, Burke speculates that the greatest superiority of Homo sapiens was in their social organization, which developed during the Middle Palaeolithic period between 200,000 and 35,000 years ago.

This “modern” social organization can be characterized in the maintenance of personal relations despite the absence of the persons involved over distance.

These extended relationships were made possible by the invention of cultural and symbolic objects that facilitated intergroup exchanges.

“Objects of symbolic value, such as adornments, personal ornaments, animal tooth and shell necklaces, weapon decorations, and aesthetic stone incisions abound during the rapid dispersal of Homo sapiens in Eurasia”, suggests Burke. Indeed the presence of these objects across vast territories indicates that exchanges did take place; “these objects allowed those who possessed them to recall the social link they had established and in turn, to develop an obligation of reciprocity.”

These social contracts, consolidated by intergroup marriages, brought new territories, promoted exchange of information useful for survival, and allowed relying on allies in the face of adverse environmental conditions.

Neanderthals also made symbolic cultural objects, possibly intended for trade, but much later, in the Upper Palaeolithic period (30,000 years ago). “It was probably too little, too late”, says Burke.

During the millennia-long expansion of these social exchanges, this development exerted selective pressure on the cognitive abilities of Homo sapiens.

Occupying a vast territory requires special navigation abilities and according to Burke, it was during this period that humans developed their sense of orientation through an internal compass, or cognitive map, which allows spatial projection. This mode of locomotion is particularly suited to travelling long distances over plains, where there are few visual clues. She suggests that navigating using topographical landmarks was well suited to the small spaces occupied by Neanderthals.

For Burke, however, it was brain plasticity that benefited the most from this selective effect. According to the anthropologist, the two navigation modes are based on separate abilities; the intersex differences observed today in this area, in which men are more successful in spatial projection and women in memorizing landmarks, are in her view, artefacts of separate and sexually differentiated social behaviours.

While these elements may explain the rapid dispersal of Homo sapiens, they are less able to explain the disappearance of Neanderthals. Burke blames this on the great amount of stress placed on Neanderthals: environmental stress, climate stress, and population stress caused by competition from rivals who could better cope because of their more extensive networks.