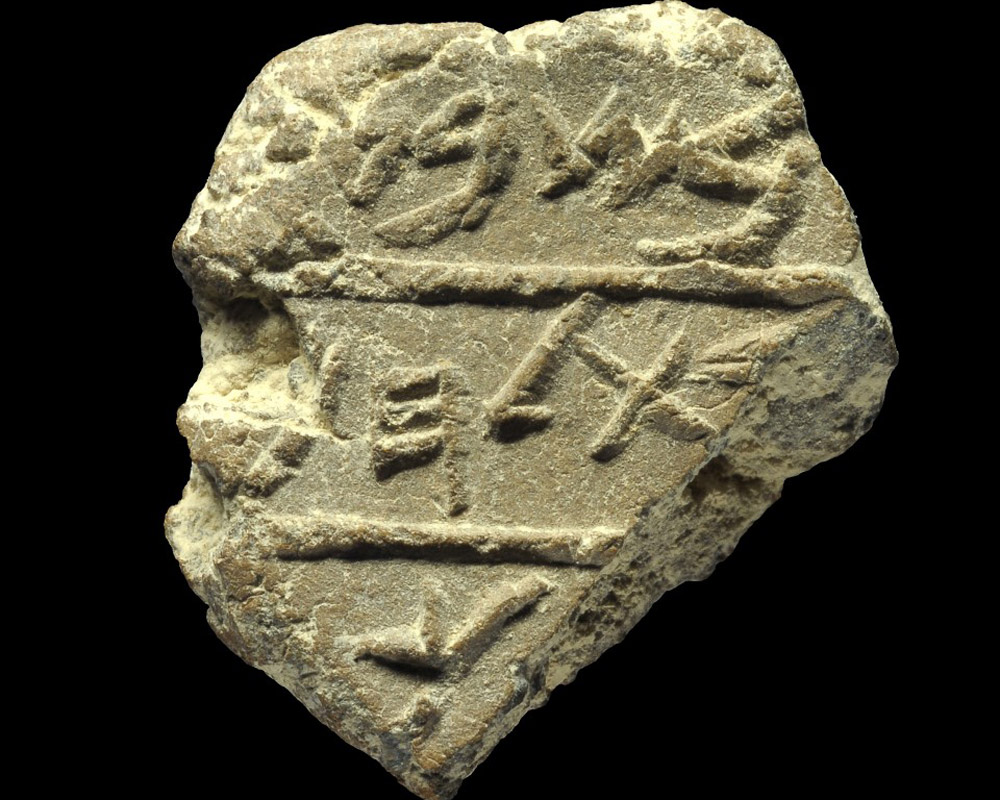 A 2,700-year-old clay shard with an ancient Hebrew inscription mentioning the city of Bethlehem has been found in Jerusalem, the Israel Antiquities Authority said Wednesday.

Archaeologist Eli Shukron said the inscription was significant for being the first archaeological evidence that Bethlehem existed as a city at that time, generally referred to by biblical archaeologists as the First Temple period.

The shard, measuring just 1.5 centimers (0.6 inches) across, was found by crews sifting through debris removed from the excavation site known as the City of David, just outside the walls of Jerusalem’s Old City, according to the Antiquities Authority.

The shard was a bulla, or a seal imprint, of a kind used to seal shipments of silver or goods paid as tax to the Kingdom of Judah in the late 8th and 7th centuries BCE, according to Shukron. The fragment also includes the Hebrew word “seventh” and what Shukron said was the end of a word meaning “for the king,” suggesting it was connected to a tax paid by Bethlehem in the seventh year of the rule of one of the kings of Jerusalem.

“This is the first time the name Bethlehem appears outside the Bible in an inscription from the First Temple period, which proves that Bethlehem was indeed a city in the Kingdom of Judah, and possibly also in earlier periods,” Shukron said in the statement released Wednesday.

Bethlehem, just south of Jerusalem, is mentioned repeatedly in the Bible, where it appears as the burial place of the biblical matriarch Rachel, as the setting for the Book of Ruth, and as the hometown of King David. In the New Testament, Bethlehem appears as the birthplace of Jesus. Today it is a Palestinian town of some 25,000 people.

The City of David excavation is one of Israel’s most politically sensitive, as it is located adjacent to Jerusalem’s Old City in the predominantly Arab neighborhood of Silwan. The dig is underwritten by Elad, an organization linked to the settlement movement which also moves Jewish families into the neighborhood aiming to prevent a division of the city as part of a future peace agreement.