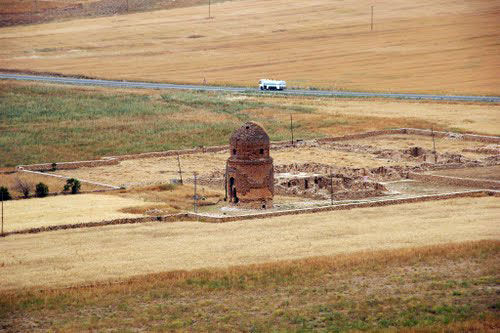 A new season of excavations that make use of X-ray technology will begin this month in the southeastern province of Batman’s historic district of Hasankeyf, according to the rector of Batman University.

Scientists and archaeologists from various universities have started to “X-ray” the district with a system called geo-radar, which uses radar pulses to image the subsurface, Professor Abdüsselam Uluçam said, noting that the team contained 26 members.

“Geo-radar work will continue until the end of the year. We will also work to find mosaics from the Roman period,” he said.

Excavations will begin June 15 with a budget of 2.5 million Turkish Liras from the Culture Ministry and the Southeastern Anatolian Project Administration, the rector said.

“A scientific team started drilling work on the Zeynel Bey Tomb and around an old bath from the Roman period. University students will also be involved in the excavations when school ends,” Uluçam said.