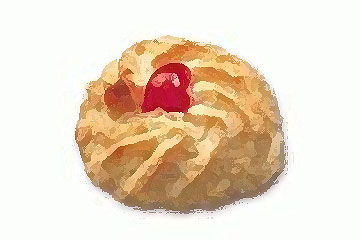 Biscuits, known to everyone, often filled with chocolate or jam are a popular accompaniment to hot drinks, both in Greece and abroad. Only there is a difference. In Greece it is allowed to dip one’s biscuit in one’s tea while abroad it is considered to be bad manners. Behind this rather insignificant piece of information there lies a great difference in the history of sweets in Greece and Europe.

In Europe, especially France, from very early on there were cafes where soft cakes were kept to accompany the clientele’s hot drink, whether this was chocolate, coffee or tea. Biscuits, like rusks are not supposed to be dipped in one’s drink, this only being done by peasants and poor people who couldn’t afford to go to a café and enjoy a cake. In Greece again, cafes were few and far between because of there being a limited number of middle-class people. This increased the popularity of harder biscuits than the European cake being kept at home and softened by being dipped in a hot drink. That is why dunking biscuits became so much part of our local savoir vivre, that hard cookies are called voutimata in our part of the world, meaning something which is supposed to be immersed in liquid.