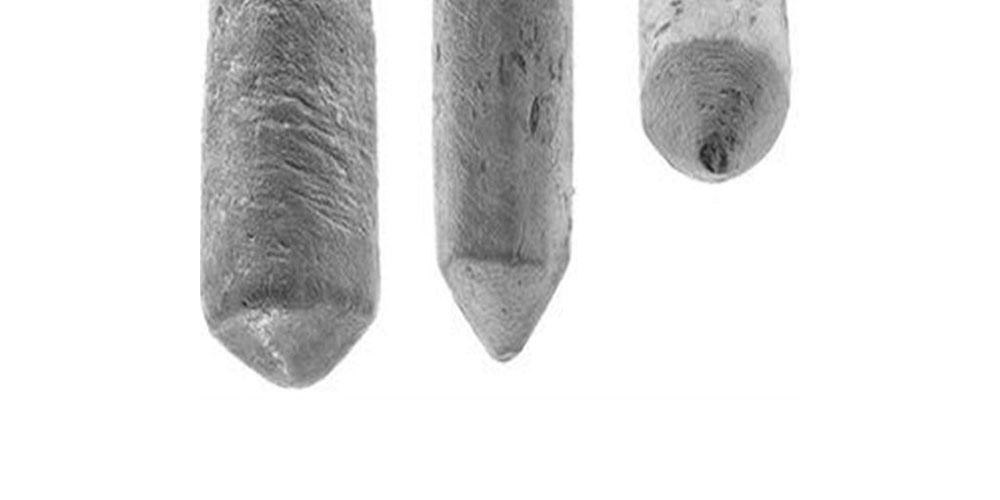 The objects were discovered at the Sha'ar HaGolan dig site

Researchers from Israel say that mysterious clay and stone artefacts from Neolithic times could be the earliest known “matches”.

Although the cylindrical objects have been known about for some time, they had previously been interpreted as “cultic” phallic symbols.

The researchers’ new interpretation means these could be the earliest evidence of how fires were ignited.

The research was published in the open access journal Plos One.

The journal reports that the artefacts are almost 8,000 years old.

Although evidence of “pyrotechnology” in Eurasia is known from three quarters of a million years ago, this evidence usually takes the form of remnants of fire itself.

“We have fire evidence in modern humans and Neanderthals, from charcoal, ashes and hearths, but there was nothing ever found that was connected with how you ignite the fire,” lead author Prof Naama Goren-Inbar of The Hebrew University of Jerusalem told BBC News.

But on a visit to the Israel Museum in Jerusalem, Professor Goren-Inbar recognised the shape of structures discovered at the Sha’ar HaGolan archaeological site as that found in tools used for purposes other than simply cultural ones.

“I saw this object and immediately it came to my mind that this was very, very similar to all the sticks that you see [used as] ‘fire drills’. I made the connection and it slowly developed,” she said.

By using electro-microscopy techniques, Prof Goren-Inbar and her colleagues identified tell-tale signs that the cylindrical clay objects may have been rotated at high speed, generating friction to ignite tinder.

They identified linear marks, or striations – at the conical ends of the cylinders which they interpret as being generated by spinning the “matches” within sockets found on “fire boards”, which are known from other sites.

Burn-colouration reminiscent of scorch-marks was also found, as well as grooves evident higher up the objects, which may have been generated by a bow, used to spin the cylinders.

This evidence, the researchers write, is supported by known cultural evidence from the Neolithic as well as knowledge of traditional fire ignition techniques.

This new interpretation highlights the technological sophistication of the Sha’ar HaGolan inhabitants at this time, and the prevalence of these structures around a wide area of the Eastern Mediterranean may further indicate that clay matches were common at an earlier time period than other ignition technologies.

Prof Goren-Inbar told BBC News that the team intended to carry out further experimental work in order to validate their conclusions.