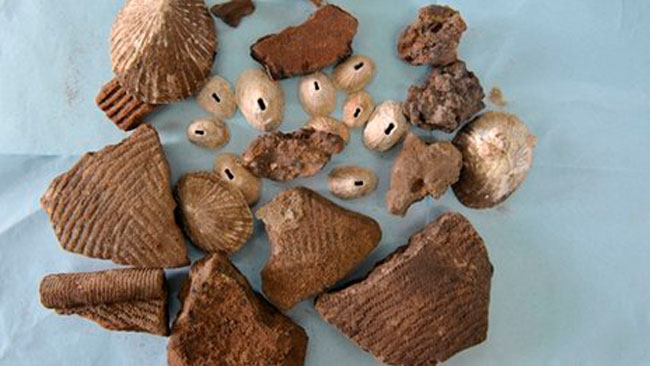 The discovery was made at a construction site, local academic Alioune Deme told the BBC. A colleague, Moustapha Sall, stumbled across the items after the rains washed away sand, he said. The objects could date back between 2,000 and 7,000 BC, Mr Deme said.

“The exact date will only be known after tests are carried out,” he told the BBC French Service.

Mr Deme said he hoped the construction site where the discovery was made could be secured, as he wants to carry out more excavations. “Someone is building a house on the site because in Dakar, people are building everywhere,” he said. “Maybe we will be lucky enough to learn more about the history of the Dakar area.”

“While visiting the flooded zone, I stumbled upon… pieces of pottery, perforated shells reused as jewellery, iron scoria and small stones including blades which could have been used to cut or carve,” Mr Sall is quoted as saying. “The water washed away the sand and revealed these archaeological objects.” He then called Mr Deme, who lives nearby, and the pair recovered the artefacts.

The floods claimed at least 13 lives and and left thousands of people homeless.