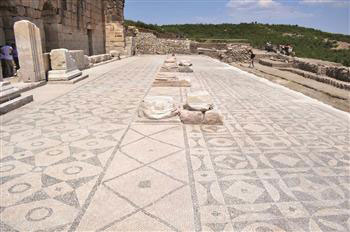 The excavations of the ancient city of Kibyra in the southwestern province of Burdur, known for its history of gladiators, were completed last week. Şükrü Özdoğru, an archeologist working in the city, said they had found a new odeon, roads and mosaics in the city. The team also restored the ancient city’s walls and some of the buildings and excavated an ancient water system in the city, which shows the lifestyle of the society that lived there.