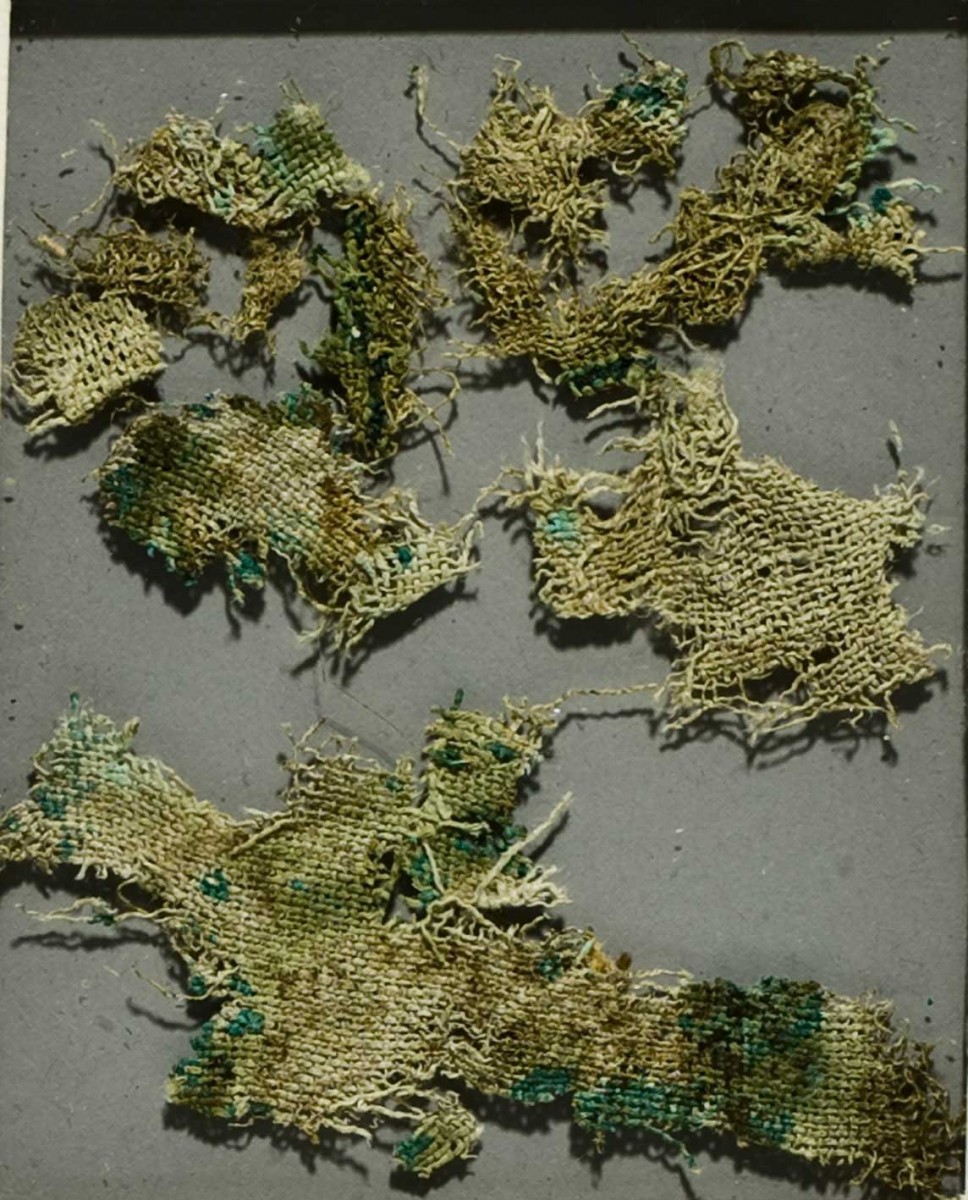 2,800 years ago, one of Denmark’s richest and most powerful men died. His body was burned. And the bereaved wrapped his bones in a cloth made from stinging nettle and put them in a stately bronze container, which also functioned as urn.

Now new findings suggest that the man’s voyage to his final resting place may have been longer than such voyages usually were during the Bronze Age: the nettle cloth, which was wrapped around the deceased’s bones, was not made in Denmark, and the evidence points to present-day Austria as the place of origin.

“I expected the nettles to have grown in Danish soil on the island of Funen, but when I analysed the plant fibres’ strontium isotope levels, I could see that this was not the case,” explains postdoc Karin Margarita Frei from the Danish National Research Foundation’s Centre for Textile Research at the University of Copenhagen.

“The levels indicate that the nettles grew in an area with geologically old bedrock. We can only find rock with similar levels of strontium isotope in Sweden and Norway as well as in Central Europe.”

Karin Margarita Frei had to conclude that Bronze Age Danes did not use local stinging nettle for their nettle textiles.

Strontium tells us where we come from

It is Karin Margarita Frei who has developed the method to determine plant textiles’ strontium isotope levels that has led to the surprising discovery.

Strontium is an element which exists in the earth’s crust, but its prevalence is subject to geological and topographical variation. Humans, animals, and plants absorb strontium through water and food. By measuring the strontium level in archaeological remains, researchers can determine where humans and animals lived, and where plants grew.

The new discovery is the result of a collaboration between an international team of researchers from the Danish National Research Foundation’s Centre for Textile Research at the University of Copenhagen, the University of Bergen in Norway, and the National Museum of Denmark. The findings are described in an article that has just been published in Nature’s online journal Scientific Reports.

Karin Margarita Frei’s work and the grave’s archaeological remains suggest that the cloth may have been produced as far away as the Alps.

The bronze container, which has been used as urn, is of Central European origin and probably from the Kärnten-Steiermark region in Austria. The strontium isotope analysis of the cloth indicates that it may very well be from the same region. This assumption is supported by yet incomplete analyses of pitch found in the Lusehøj grave.

Textile archaeologist Ulla Mannering from the National Museum of Denmark offers an explanation as to how an Austrian cloth ended up in Funen, Denmark.

“Bronze Age Danes got their bronze from Central Europe, and imports were controlled by rich and powerful men. We can imagine how a bronze importer from Funen in Denmark died on a business trip to Austria. His bones were wrapped in an Austrian nettle cloth and placed in a stately urn that his travel companions transported back to Denmark,” Ulla Mannering suggests.

She concludes on the basis of the analyses that Central Europeans still used wild plants for textile production during the Bronze Age while at the same time cultivating textile plants such as flax on a large scale. Nettle textiles could apparently compete with textiles made from flax and other materials because top quality nettle fabrics are as good as raw silk.

“Until recently the Lusehøj nettle cloth was the oldest nettle cloth we knew, and the only Bronze Age nettle cloth, but with our new findings we actually have no evidence that nettle textiles were produced in Denmark at all during the Bronze Age,” Ulla Mannering points out.