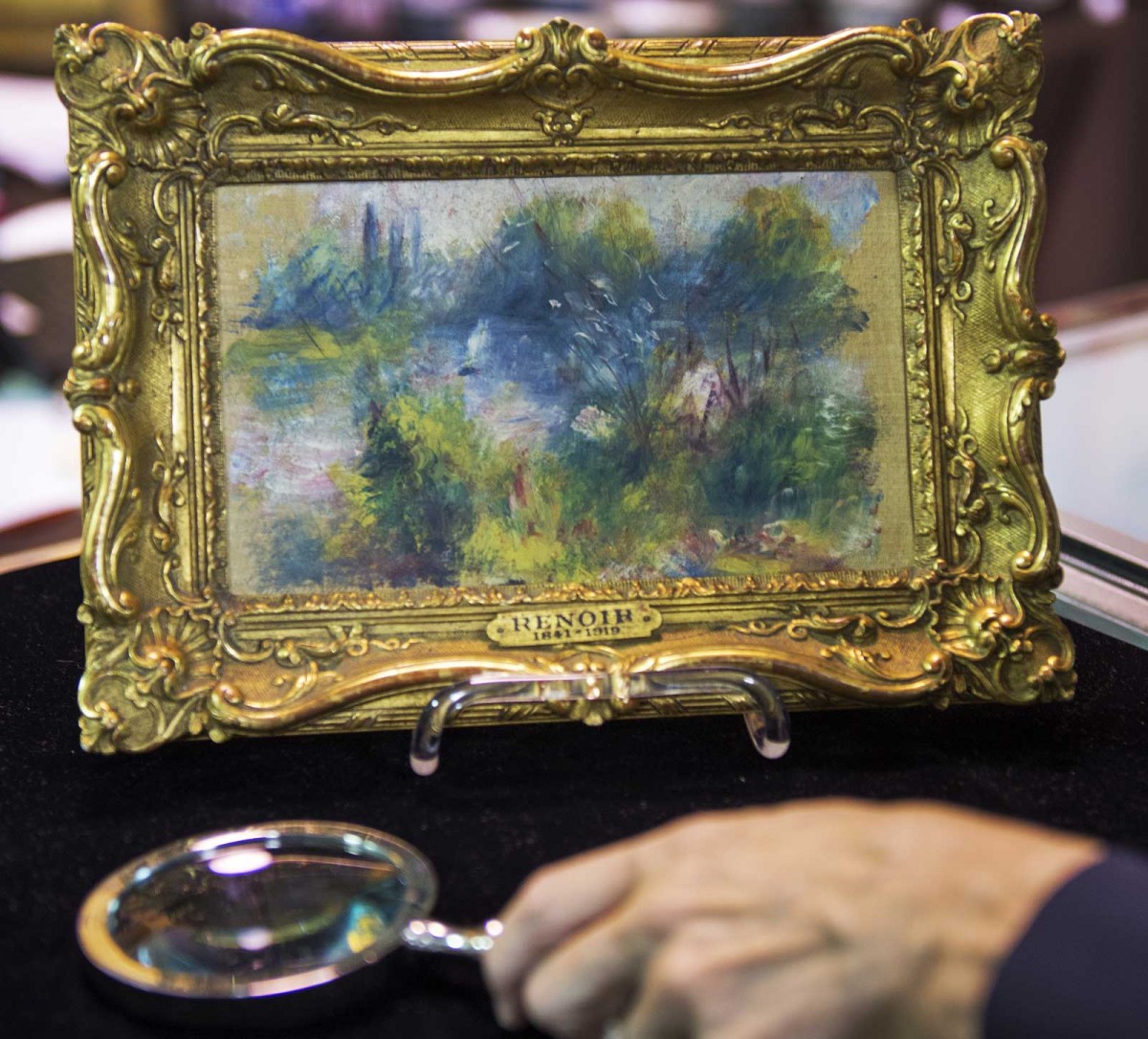 Flea-market Renoir was stolen from museum in 1951

Auction of the Impressionist work has been canceled

A purported Renoir painting bought for $7 at a West Virginia flea market two years ago was actually stolen from the Baltimore Museum of Art six decades ago, The Washington Post has discovered.

Saturday’s eagerly awaited auction of the Impressionist work, Paysage Bords de Seine (Landscape on the Banks of the Seine), has been canceled, and the FBI is investigating.

The oil painting was done on a linen napkin, allegedly for Renoir’s mistress. Searching the museum’s library, the Post found documents showing it had the artwork from 1937 until at least 1949. After being alerted today, museum officials found paperwork indicating the painting was stolen from the Renoir gallery on Nov. 17, 1951.

The Post explains who found it and what happened next:

The Virginia woman, who wants to remain anonymous, bought the painting in 2010 for $7 in a box with a doll and a plastic cow. She said in an interview that she stashed the box away for nearly two years before her mother suggested it might be a real Renoir.

Shortly after the woman brought the painting to the auction house in July, Potomack checked with the London-based Art Loss Register, the world’s largest private database of stolen and lost art, and verified that the Renoir wasn’t suspicious. Potomack said it also confirmed the piece’s authenticity with the Paris-based Bernheim-Jeune gallery, which sold the painting to the May family in 1926 and keeps a registry detailing the ownership histories behind Renoir pieces.

But neither Bernheim-Jeune nor Potomack could explain what happened to the painting after 1926 or how it came to be sitting in a box of junk at Harpers Ferry Flea Market on Route 340. Until Thursday, the Baltimore Museum of Art, which has an entire wing named after May, said it had no records of the Renoir ever being exhibited there.

The painting was bought from a Paris gallery in 1926 by Saidie A. May, a prominent Baltimore resident who loaned the piece to the museum. It vanished six months after she died, just as her collection was being bequeathed to the museum.