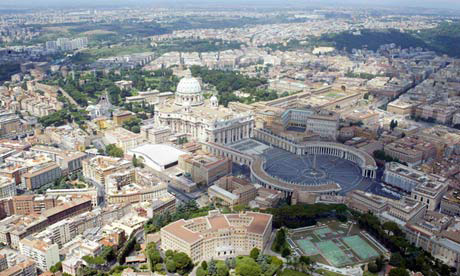 Rome may not exactly be short of catacombs, but one discovered this week is more deserving of the name than the city’s countless other subterranean burial chambers. For Mirko Curti stumbled into a 2,000-year-old tomb piled with bones while chasing a wayward moggy yards from his apartment building.

Curti and a friend were following the cat at 10pm on Tuesday when it scampered towards a low tufa rock cliff close to his home near Via di Pietralata in a residential area of the city. “The cat managed to get into a grotto and we followed the sound of its miaowing,” he said.

Inside the small opening in the cliff the two men found themselves surrounded by niches dug into the rock similar to those used by the Romans to hold funeral urns, while what appeared to be human bones littered the floor.

Archaeologists called to the scene said the tomb probably dated from between the 1st century BC and the 2nd century AD. Given that niches were used to store ashes in urns, the bones had probably tumbled into the tomb from a separate burial space higher up inside the cliff.

Heavy rains at the start of the week had probably caused rocks concealing the entrance to the tomb to crumble, they added.

Soft tufa rock has often been used for digging tombs over the centuries in Italy, but its softness means that ancient sites are today threatened by the elements. The cliffs near Via di Pietralata have also been extensively quarried.

Romans are often underwhelmed and sometimes irritated to find they are living on top of priceless remains. Shoppers arriving at the Ikea store on the outskirts of Rome leave their cars alongside a stretch of Roman road unearthed in the car park, while fans queueing to enter the city’s rugby stadium need to skirt around archaeologists excavating the Roman necropolis that stretches under the pitch. At the concert hall complex next door, halls had to be squeezed around an unearthed Roman villa.

But Curti said he was nonetheless amazed to wander into a tomb so close to his house, calling it “the most incredible experience” of his life.