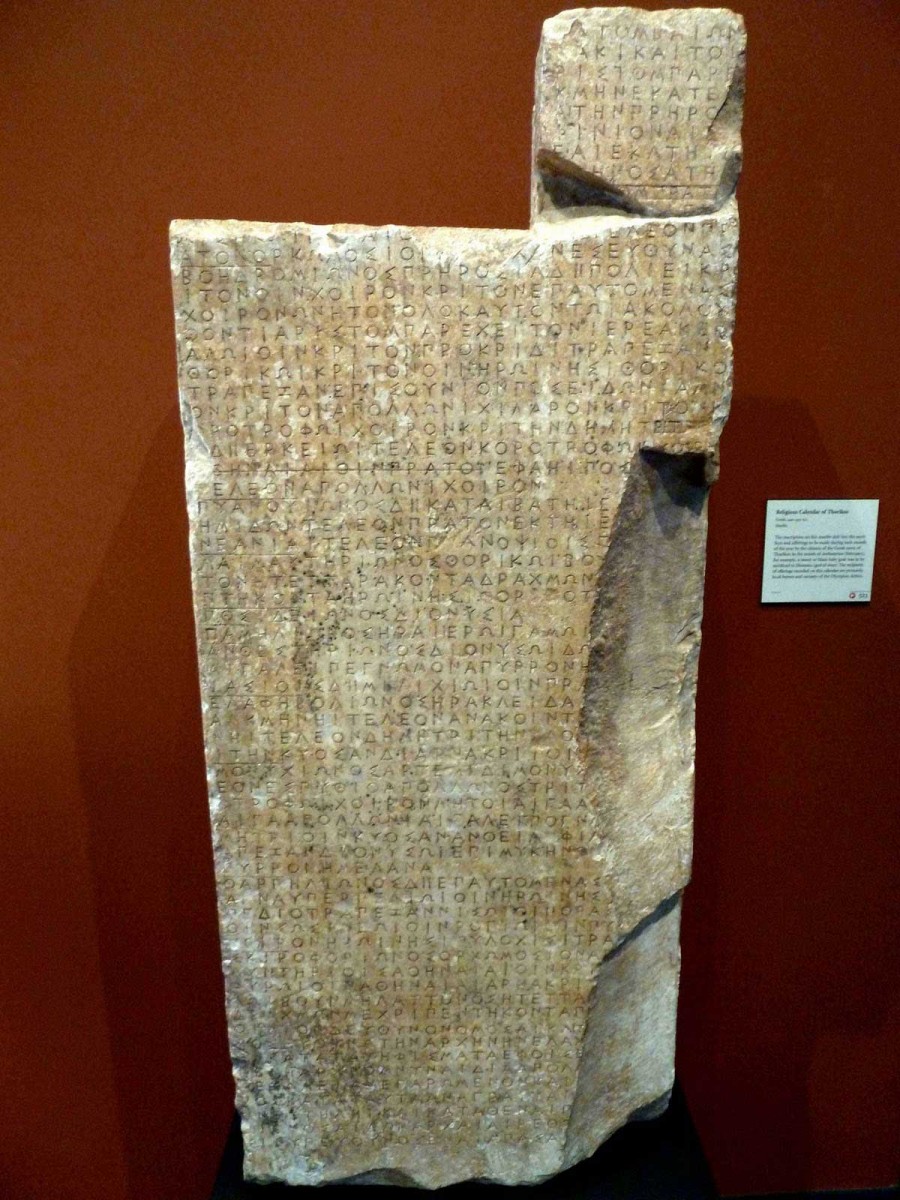 The religious calendar from Thorikos in Athens

The stele will be presented today in the Epigraphical Museum

In September 2011, the J. Paul Getty Museum and the Hellenic Ministry of Culture had announced that the Getty would be returning two antiquities to Greece: A religious calendar from Thorikos, and a fragmentary funerary relief. According to Julie Jascol, the Getty’s assistant director, “The Getty initiated the discussions… In the case of the fragments, it became clear that the best interests of scholarship would be served by reuniting them in Greece. Likewise, after reviewing all the facts involving the religious calendar of Thorikos and its unique historical relationship to the site, the senior curator of antiquities concluded it was appropriate for this object to be transferred to Greece”.

The Thorikos inscription is indeed very important for the study of Attic religious calendars. The text on the front and two flanking sides describes sacrifices and festivals celebrated in Thorikos, southeast Attica, in honor of local deities and heroes. The stele was acquired by the Getty in 1979 from Jacques Roux, a New York dealer, and the grave relief fragments were purchased in 1973 from Nicolas Koutoulakis, a Swiss dealer.

Today, the Epigraphical Museum of Athens and the Directorate for Documentation and Protection of Cultural Goods will present the stele of the “Sacrificial Calendar of Thorikos”, which was returned to Greece from the Getty and will be shown in the permanent exhibition of the Epigraphical Museum. The text of the stele, which was found in the area of Keratea, was known since the 1960s, but the monument had never been seen by anyone, probably due to looting activities, before the Getty acquired it in 1979.

The stele will be presented today at 6.00 p.m. at the Epigraphical Museum in Athens (Tositsa 1).