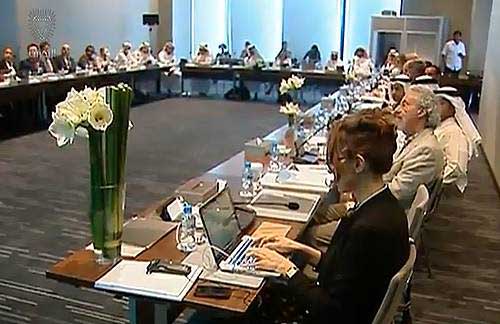 Ratification of the 2001 Convention

The representatives of Bahrain, Kuwait, Oman, Qatar, Saudi-Arabia, the United Arab Emirates and Yemen met from 16 to 17 October 2012 in Manama, Bahrain in the UNESCO Sub-Regional Meeting on the Convention on the Protection of the Underwater Cultural Heritage. The meeting aimed at discussing the development of underwater archaeology in the region, capacity-building, research, cooperation and the ratification of the 2001 Convention.

The Meeting showed that underwater archaeological research is still developing in the Gulf Region. However, it also stated the immense potential of this discipline and the strong will to improve the underwater cultural heritage protection.

The Gulf is a submerged landscape which, according to the experts in the Meeting, might still hold traces of the historical civilizations that developed time before the birth of the Mesopotamian high cultures. It was also showed that the chance to find ancient shipwrecks is very high, since some very interesting discoveries have been already made.

Eventually, all the Gulf States showed their willingness to ratify the 2001 Convention shortly, raise awarness and increase their research and protection capacities.