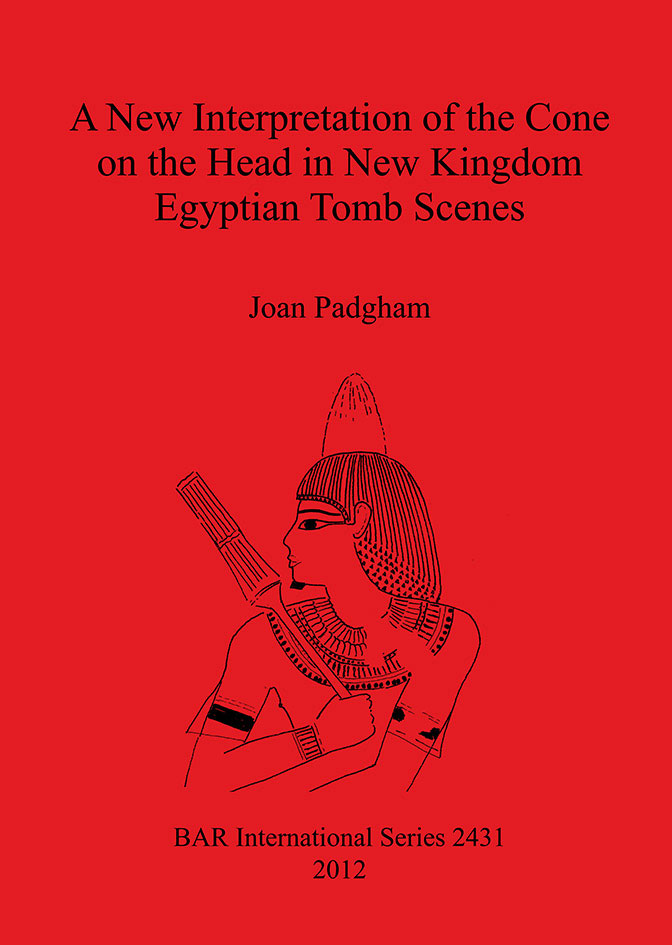 J. Padgham, The Cone on the Head in New Kingdom Egyptian Tomb Scenes

The dome shaped object commonly referred to as a ‘cone on the head’ originated in tomb scenes of the early New Kingdom. At first, it appeared in very few scenes and the type of scene in which it was included was limited. Its depiction increased in frequency and by category of scene, until by the Twentieth Dynasty the cone can be seen in a wide range of numerous mortuary images. From tomb scenes, it spread to the images on coffins and mortuary papyri, and it remained in use up to, and including, the Ptolemaic period. Its widespread and lasting depiction demonstrates that it held an important and extensive significance for the afterlife of the deceased. Yet in spite of the wide-ranging and frequent depiction of the cone on the head, it has received relatively little serious study and opinions on its meaning have not been based on the rigorous research that a symbol of this importance requires. The primary aim of this study is to discover whether the cone has a symbolic meaning that is relevant for the different categories of New Kingdom tomb scenes in which it appears on the tomb owner with significant frequency.