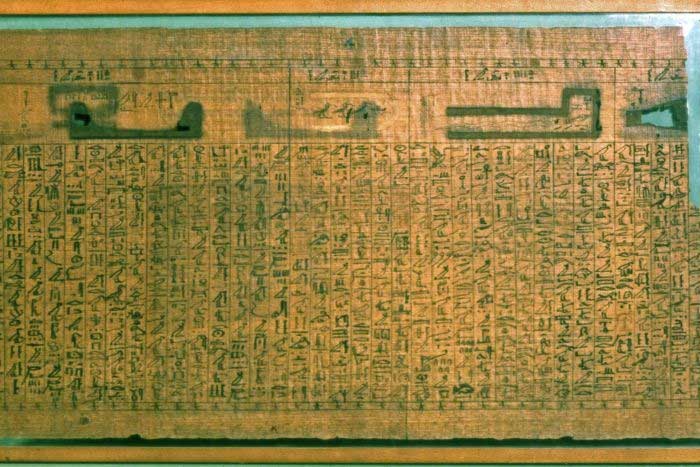 Fragments of Book of the Dead found

An unexpected find in Queensland Museum

The manuscript belonged to a high-ranking Egyptian official who lived in 1420 BC. It was believed to contain magical spells to guide the dead to the afterlife.

Parts of the manuscript were discovered in the late 19th century, but archaeologists have never found it all.

World-renowned egyptologist Dr John Taylor was viewing the museum’s Egyptian collection when a name on a papyrus fragment caught his eye.

He was taken to the museum’s storeroom to see more and says what came next is a once-in-a-lifetime discovery.

“After a very short time it became apparent that we did indeed have many fragments of the Book of the Dead,” he said.

Dr Taylor says the rare specimens belonged to a high priest of the Temple of Amun, around 3,400 years ago.

“This is not the papyrus of just anybody, this is one of the top officials from Egypt at the peak of ancient Egypt’s prosperity,” he said.

“So it is a significant find, and if we can reconstruct the whole document that’s going to tell us a lot.

“So what we’ve got in Brisbane are the missing portions of this ancient book which has been split up, divided across the world for well over a hundred years.”

“At first I couldn’t really believe this could be the same man, but indeed it turns out to be him,” he said.

“It doesn’t happen very often, not in this way. You get a really special feeling.

“After over 100 years we’re in a position to reconstruct this really important manuscript, perhaps in its entirety.”

Queensland Museum chief executive Ian Galloway says the manuscript fragments were donated to the museum by a woman 100 years ago.

The museum has a name but does not know how the fragments came to be in her possession. The museum is now trying to track down her family.

“We are incredibly surprised that we had such a significant object in our collection,” Mr Galloway said.

He paid tribute to the museum’s past curators for keeping the fragile fragments in such good condition.

There was no doubt the rare manuscript would boost interest in the Queensland Museum, and potentially the value of its collection, he added.

“I would say they are priceless,” he said.

The fragments will remain in Brisbane and scholars are expected to attempt to piece together the papyrus on a computer using photographs.