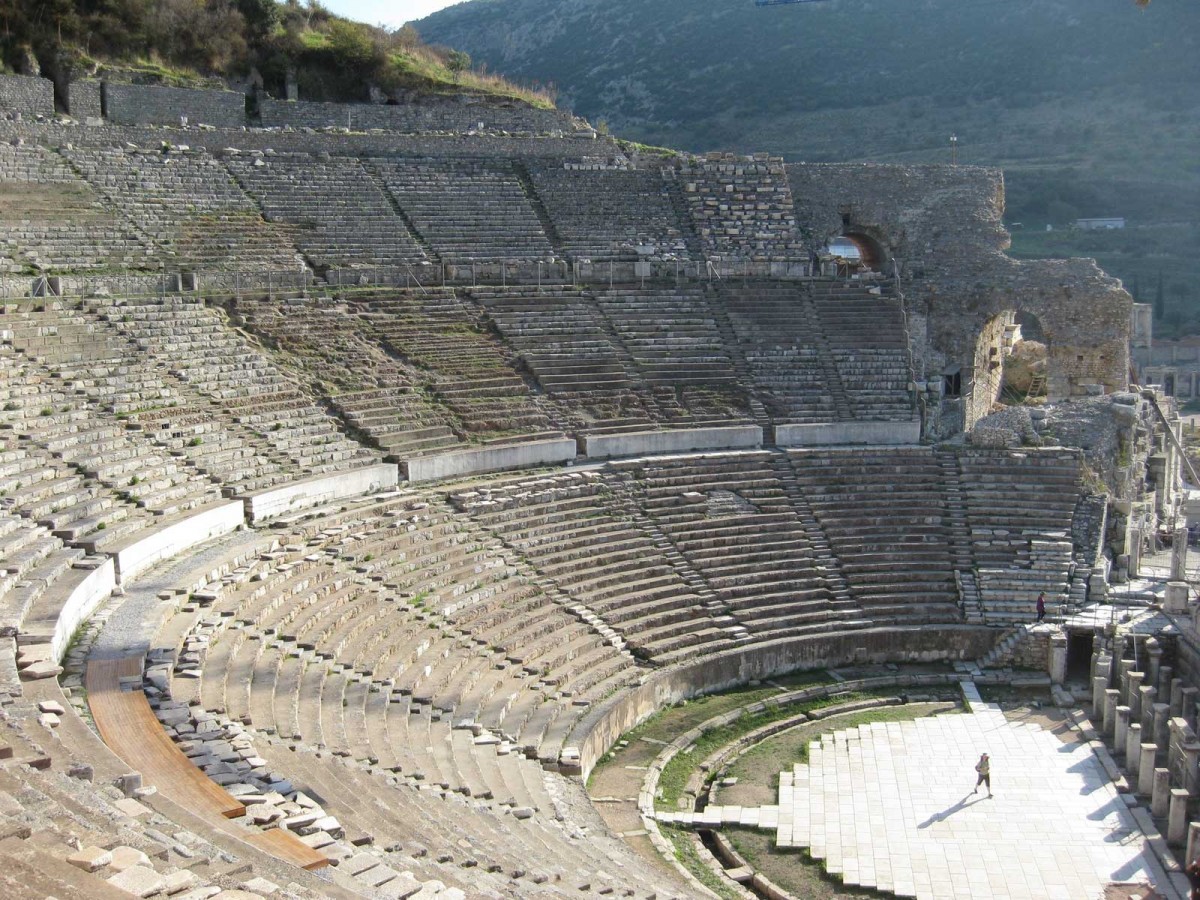 A reconstruction plan for the protection of the ancient Greek city of Ephesus, lying 3 kilometers southwest of the town of Selçuk, has been approved during the town’s Municipality Assembly’s November meeting. Turks are expecting that Ephesus will be included to UNESCO’s World Heritage list. The plan has also been submitted to the İzmir General Directorate of Cultural and Natural Heritage for approval.

Ephesus is a declared 1st degree archaeological site. In the framework of the reconstruction plan, new entrances, retail stores and new walking lanes will be constructed within the ancient city. Areas of touristic interest, agricultural fields and parking lots will be clearly separated, and unplanned urbanization around the site prevented. “Also, transportation, trade, displays and other functions will be to modern standards. When the plan is put into effect, there will also be a field for camel wrestling and new entrance gates from the side of the Yedi Uyuyanlar Inn,” according to Selçuk Mayor Vefa Ülgür. On Mount Bülbül a terrace view is planned, which will be reached through a tunnel.

Turkish authorities further wish to underline the commercial character of the ancient city. In Antiquity Ephesus was an important center of commerce. The project the İzmir Culture and Tourism Provincial Director Abdülaziz Ediz announced is called “Ephesus Reunion with the Sea”, and aims to reviving history. The transportation from Ephesus Harbor to the Pamucak Coast will be possible by boats, says Ediz, adding that they want to make Ephesus more attractive to tourists.

Ephesus is currently on the Tentative List of UNESCO – an inventory of properties which are cultural heritage of outstanding universal value and will be considered for nomination to the World’s Heritage List at some point. To be included on the World Heritage List, sites must be of outstanding universal value and meet at least one out of ten selection criteria.

Famed for the Temple of Artemis (completed around 550 BC), one of the Seven Wonders of the World, Ephesus was one of the twelve cities of the Ionian League during the Classical Greek period, and later, in the Roman era, became the capital of proconsular Asia (which covered western Asia Minor) instead of Pergamum, entering an era of prosperity.