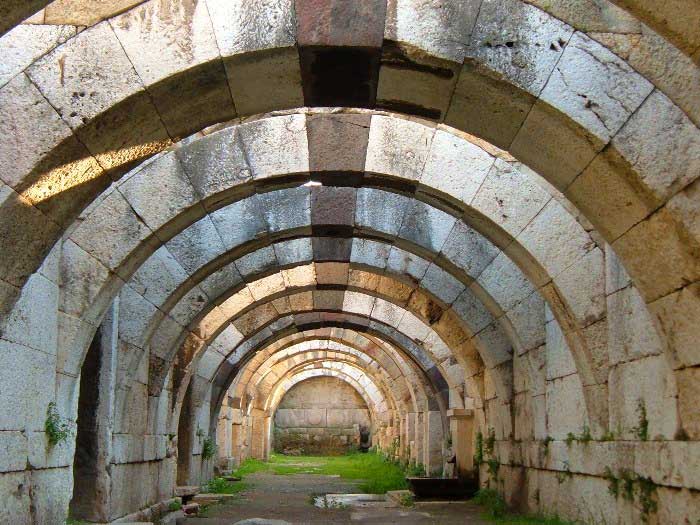 Street uncovered in Agora of Smyrna

Similar to the Arcadian street of Ephesus

Turkish archaeologists have revealed a street similar to the Arcadian street of Ephesus in İzmir during excavations at a nearby historical agora.

According to head archaeologist of the excavations Akın Ersoy, the main street, which begins from the Faustina Gate and continues to the port, was an unexpected find. The team also found a fountain on this street. The fountain has an inscription that praises a benefactor for his support to the ancient city of Smyrna.

Ersoy said his team had also located a staircase on the street. “The continuation of this staircase goes to an area covered with mosaics. This ancient street is 80 meters long, but it reached the sea. This is the most important street in the agora for the entrance of goods. Just like in Ephesus, the street blocks water and has a very good sewer system. Visitors are prohibited from entering the area at the moment. When the work is done, tourists will be able to walk on this street just like in Ephesus.”

The agora of Smyrna was built during the reign of Alexander the Great. I served as a commercial, judicial and political centre of the ancient citty. Razed to the ground by an earthquake in 178 AD, it was rebuilt under the reign of the Roman emperor Marcus Aurelius.

One of the historical structures that had been long been neglected in the agora has recently been restored by the municipality as Agora Excavation House with support of the İzmir Development Agency.