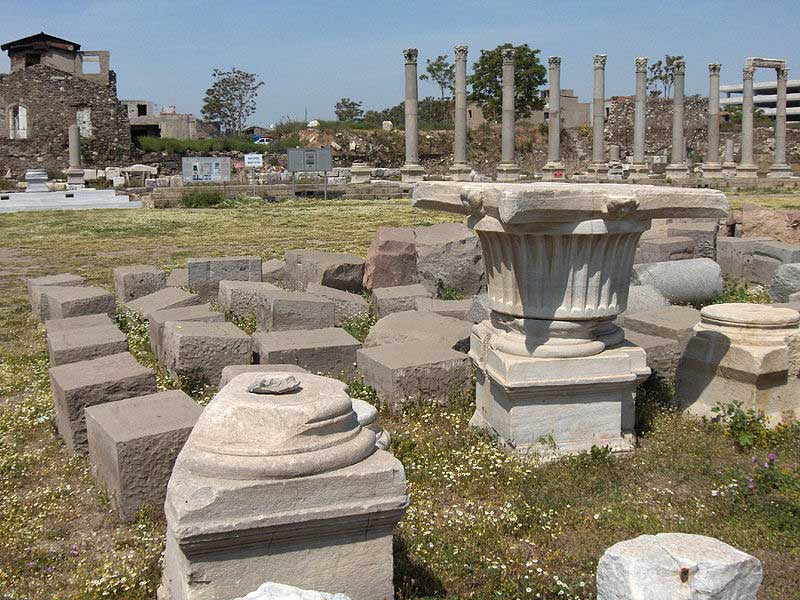 The project aims to protect the Agora, which was integrated with the crowded İkiçeşmelik Street after confiscation and demolition works were completed. The Agora is considered a first degree archaeological site, so the excavations for the project will be at the lowest level. The wall will be built above the ground of the ancient site.

Archaeological investigations at the Agora as well as the first expropriations of buildings around it started in 1997 and the first demolition appeared in 2005. So far, Izmir’s municipality has spent 27,000 Turkish liras on the confiscation.

Recently, the Agora Excavation House has been restored. Also, two other buildings on the İkiçeşmelik Street are being restored by the municipality. When the works will have been completed, the municipality believes that the Agora will become a pole of attraction, as not only the buildings but also the findings unearthed during the excavations will be displayed there.

Archaeological surveys at the site are being carried out by a team under the heading of the Dokuz Eylül University Archaeology Department’s Assistant Professor Akın Ersoy.

The large area of the of İzmir Agora Open Air Museum forms the core of late Hellenistic and early Roman Smyrna. The Agora of Smyrna was built during the Hellenistic era on the northern slopes of Pagos Hill. It was the commercial, judicial and political nucleus of the ancient city. After a destructive earthquake in 178 AD, Smyrna was rebuilt in the Roman period (2nd century AD) under the emperor Marcus Aurelius, according to an urban plan drawn by Hippodamus of Miletus.