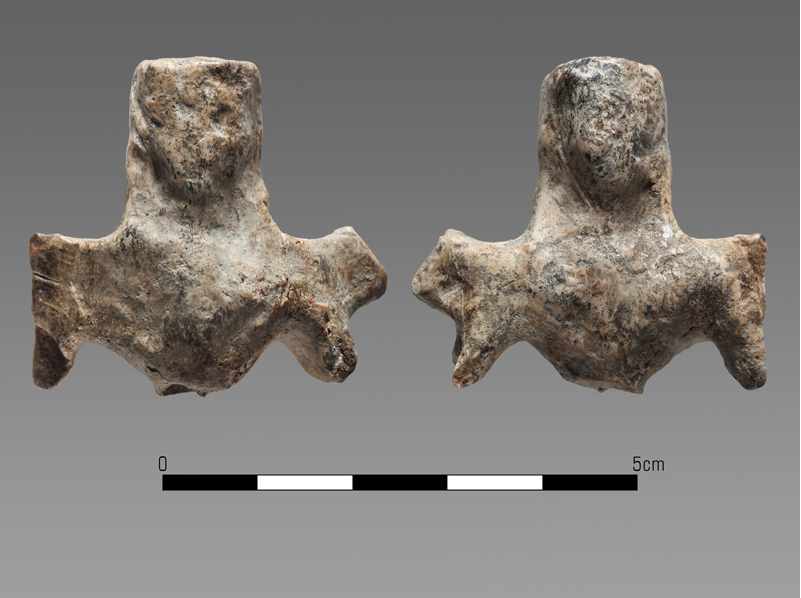 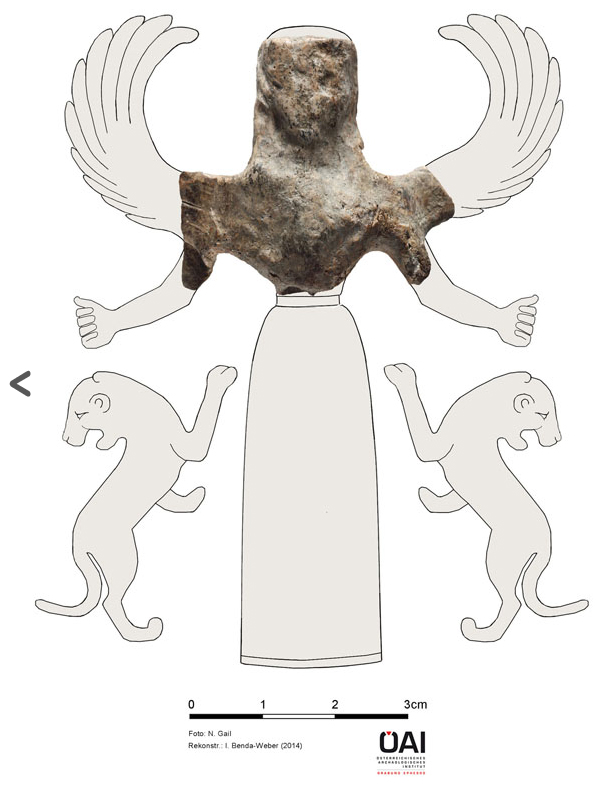 The Mistress of Animals

A rare ivory statue from the Artemision of Ephesos

The resumption of excavations (directed by S. Ladstätter) in 2014 in the Artemision, after a 20-year pause, brought an extraordinary find to light with the discovery of the upper part of an ivory statuette.

The 3.6 cm tall torso lay in an archaic level which was raised during the early 6th century B.C. during the construction of the first great marble temple (Dipteros 1), and which was destroyed in Late Antiquity and in the Medieval period, when the temple was plundered for building stone.

The statuette, which can be viewed from two sides, was carved out of the tooth of a hippopotamus; the upper part of the body and the head of a female figure are preserved. The figurine displays characteristics of the so-called Daedalic style, which emanated from the island of Crete around the mid-7th century B.C. and which also reached Ionia.

The presence of wings indicates that the figure is a divinity: represented is the “Potnia Theron” – the Mistress of Animals. In each hand she originally held a wild animal. Frequently these are lions, which she tames, expressing her power over nature. In early Greek mythology, Artemis was viewed as Potnia Theron; Homer described her in this manner in his Iliad.