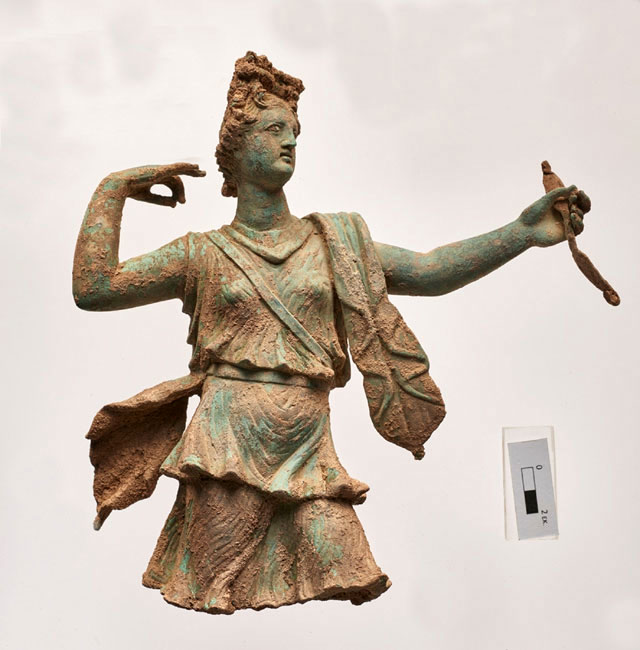 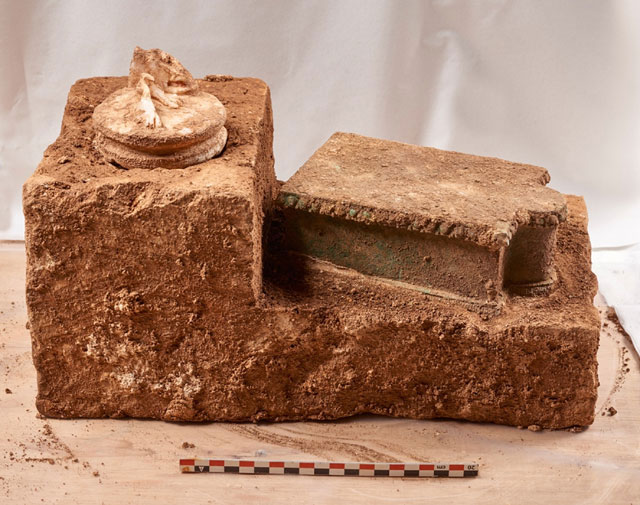 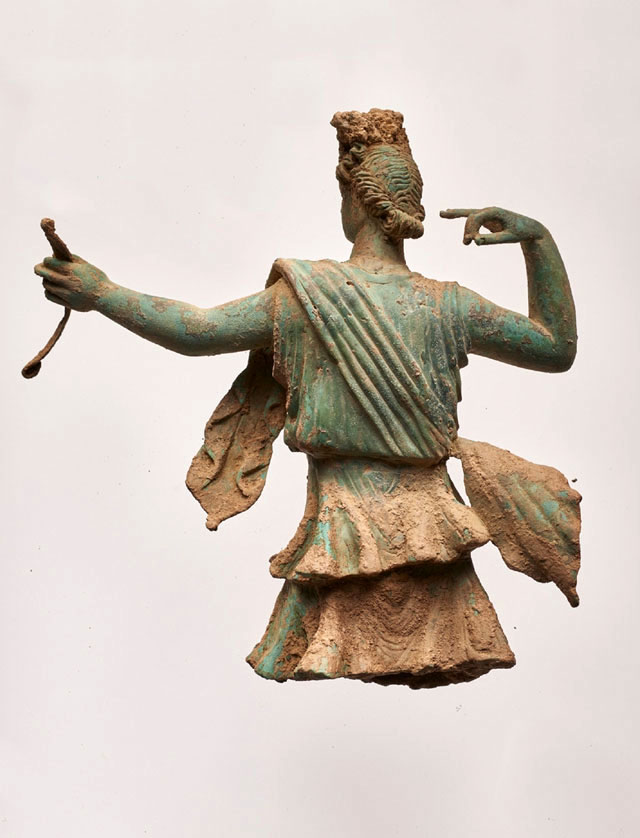 A unique in its kind find came to light at the archaeological site of Ancient Aptera, in the framework of a systematic excavation conducted by the Ephorate of Antiquities of Chania. The surveys are headed by Assistant Director Emerita Vana Niniou-Kindeli.

The two small statues depict Artemis and Apollo (their total height including their bases measures approximately 0.54m). Artemis, worshipped in Aptera, is cast in bronze, while her brother, Apollo, is made of marble. The goddess was found in a very good state of preservation, with all her limbs intact, and standing on an ornate box-shaped bronze pedestal. The goddess is depicted wearing a short belted chiton and as if ready to shoot an arrow. The white inlaid material used for the iris of her eyes is remarkably preserved.

Apollo, on the other hand, is much simpler in style — perhaps underlying the goddess’s dominating position in the city. However, this statue is also well executed and has traces of red color at its base.

The two statues stood on a small stepped stone pedestal, attached to it with the use of a lead fixture.

The two works of art may have been imported to Crete in order to adorn the household shrine –possibly placed in a niche– of the luxurious Roman villa in which they were found.

The statues are believed to date to the second half of the 1st century or the early 2nd century AD.