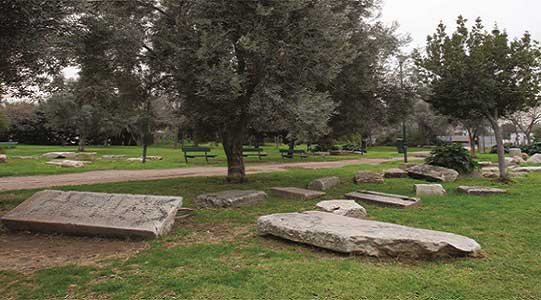 From 12 to 16 December 2012, specialists from various areas of research will gather in Athens to present and exchange their views on the existing state of knowledge on various aspects of the history of Plato’s Academy in antiquity. The international conference, entitled “Plato’s Academy: A Survey of the Evidence,” is organized by The National and Kapodistrian University of Athens.

Plato’s Academy was one of the oldest and most prestigious educational institutions in ancient Athens. Its activity lasted for at least three centuries (from c. 387 to c. 86 BCE) and the influence it exercised on contemporary and later philosophical and scientific thought is almost impossible to overestimate. Somewhat surprisingly, there still seems to be no comprehensive study examining the existing evidence which concerns the exact nature, organization and historical significance of this institution, providing a reasonable assessment of its impact on its immediate as well as on its broader social and intellectual environment.

The conference is conceived as an attempt to form a preliminary picture of how to approach this multifaceted issue by introducing an interdisciplinary approach. Four main approaches have been selected as appropriate launching points for such a survey of the evidence:

1. History of Philosophy, examining the philosophical developments within the Academy from the time of Plato to that of Cicero.

2. History of Science, dealing with the contribution of the Academy in the development of special sciences, such as Mathematics, Astronomy and the Natural Sciences.

3. History, investigating the status and impact of the Academy within contemporary Athenian society and its involvement in Greek political life.

4. Archaeology, presenting the current archaeological views about the history of the area of the Academy, in view of recent epigraphic, numismatic and sculptural evidence.

The contributions are expected to enable specialists, coming from different fields, to enlarge their perspective and encourage further interaction between the various disciplines, aiming towards a more comprehensive understanding of the importance of the Academy as an educational and social institution.

Simultaneous translation into Modern Greek will be provided in all sessions.