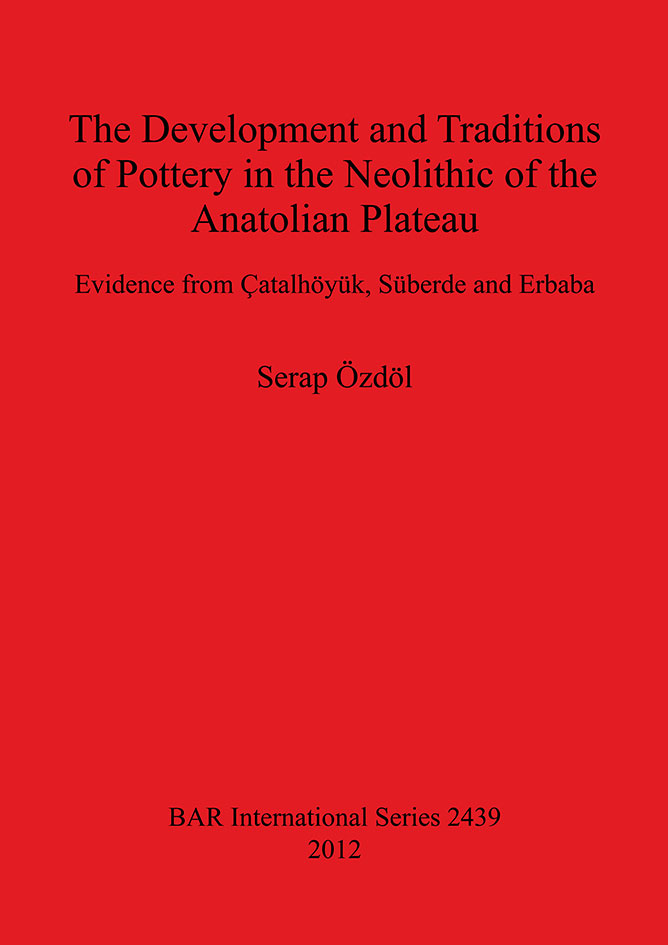 The book sheds light on the cultural sequence of the Neolithic pottery in the Anatolian plateau with the help of original evidence from the settlements of Çatalhöyük in the Konya plain and Süberde and Erbaba in the Beyşehir-Suğla basin, all of which are located in the Çarşamba river basin within central Anatolia’s broader Konya endoreic (closed) basin. Other zones from the basin and other parts of the Anatolian plateau have also been investigated and have provided data relevant to the issues addressed in this work; those discussed here are primarily the Lake District outside the basin to the west, the Karaman region and Niğde-Aksaray region within the Konya basin, western and northwestern Anatolia, and last of all, though only in general terms, the Cilicia and Amuq plains in southern Anatolia and the Rouj basin in northwestern Syria (northern Levant). The ceramic classification provided here is also used to define and compare contemporary pottery traditions from the Anatolian plateau and the Near East and to place them accurately within a single chronology. The study, at the same time, attempts to understand and define the regional pottery cultures of Anatolia and to assess the level of communication and interaction between them.