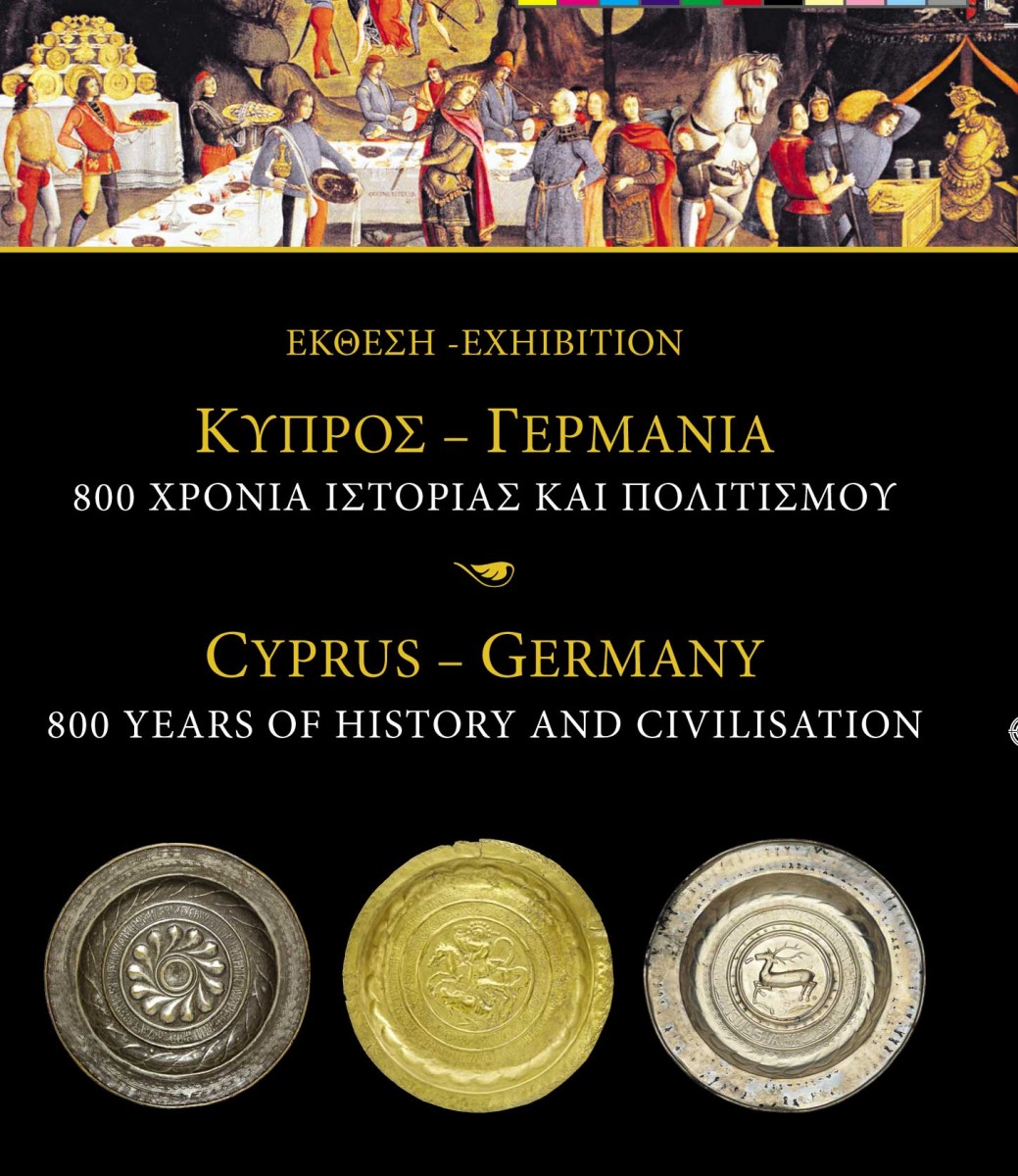 Cyprus–Germany, 800 years of history and culture

Archaeological remains of the contacts between the two countries

The exhibition “Cyprus – Germany. 800 years of history and culture” is featuring the historic and cultural relations between Cyprus and Germany from the Period of the Crusades up to the present time. The exhibition is organized by the The Society of Cypriot Studies and the Embassy of Germany in Cyprus, and is one of the 160 cultural events which will take place during the six month Cyprus presidency of the European Union.

The exhibition is showcasing archaeological remains of the contacts between the two countries, such as documents, old printings, paintings, historical items and church treasures, which were preserved in Cyprus up to our days and testify the various cultural relations.

In her speech at the inauguration of the exhibition, Minister of Foreign Affairs, Dr. Erato Kozakou-Marcoullis stressed that “The present exhibition reminds us of the long-established bonds between the people of the two countries through cultural exchanges in literature and art in general. It is a really fascinating story of 800 years, beginning with crusaders, knights, emperors, travellers and mercenaries from the 12th century and lasting until the Modern Era. The artefacts shown in the exhibition bring to light the unknown cultural exchanges between the two people”.

Among the exhibits, there are metal plates with engravings that were made in Germany during the 15th and 16th century, and were found scattered in various Cypriot churches and collections, German editions, engravings and maps, the oldest of which date to the 16th century – these maps are valuable historical documents testifying the interest German travellers and mapmakers showed for Cyprus during the Modern Era. Furthermore, the exhibition is featuring eight religious paintings of the German School (16th-17th century), which were bought by the initiative of Makarios III in the 1960s and today decorate the Gallery of the Cultural Centre of Archbishop Makarios III Foundation.