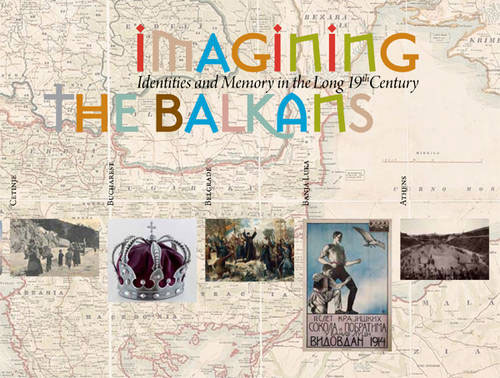 Identities and Memory in the long 19th century

The travelling exhibit “Imagining the Balkans. Identities and Memory in the long 19th century”, a flagship initiative coordinated by UNESCO with the cooperation of the International Council of Museums (ICOM) and the International Committee for Exhibitions and Exchange (ICOM/ICEE), is opening in Ljubljana (Slovenia) at the National Museum of Slovenia, on 8 April 2013, at 6 PM.

This exhibit, part of UNESCO’s global initiative “Culture: a Bridge to Development”, seeks to enhance cooperation and dialogue among national history museums. It focuses on the constitution and evolution of modern nations in South-East Europe during the “long 19th century”, and is structured around 8 thematic paths: Living in the old world; Travelling, communicating; A new social order: the rise of the middle classes; Creating and diffusing knowledge; Mapping; Using history, making heroes; Public celebrations; and, Images of the Nation.

This is the very first time that national history museums from South-East Europe and beyond – Albania, Bosnia and Herzegovina, Bulgaria, Croatia, Cyprus, Germany, Greece, Montenegro, Romania, Serbia, Slovenia and The former Yugoslav Republic of Macedonia – come together to put in perspective and compare their collections and their national histories. The exhibit is produced with the belief that Nations and their History need not be just a matter of division, and developed as a historic opportunity to place national histories in a global context, compare disputed narratives, revive shared memories. The historical advisor of the exhibit is Maria Todorova, professor at the University of Illinois, Urbana-Champaign, United States of America.

“This exhibition traces the history of a vibrant cultural mosaic, revealing the diversity of this region’s cultural heritage and the energy arising from the interweaving of influences between and within countries. Travelling from one museum to another, Imagining the Balkans will help strengthen cooperation among cultural institutions and professionals and raise public awareness as the basis for deepening dialogue”, writes Irina Bokova in the foreword to the exhibit’s catalogue.

The exhibit “Imagining the Balkans. Identities and Memory in the long 19th century” will be on display until 25 August 2013 and travel to Serbia and Romania in September/December 2013, and to other countries from South-East Europe in 2014-2015.