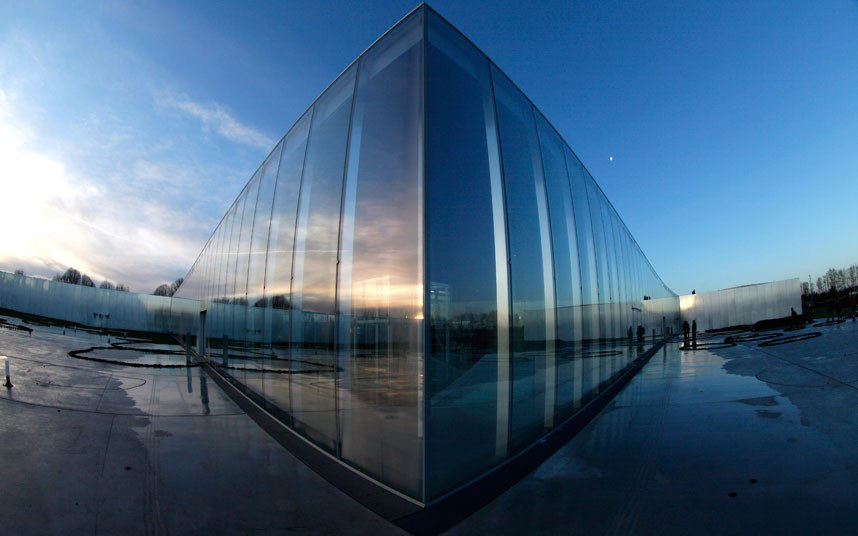 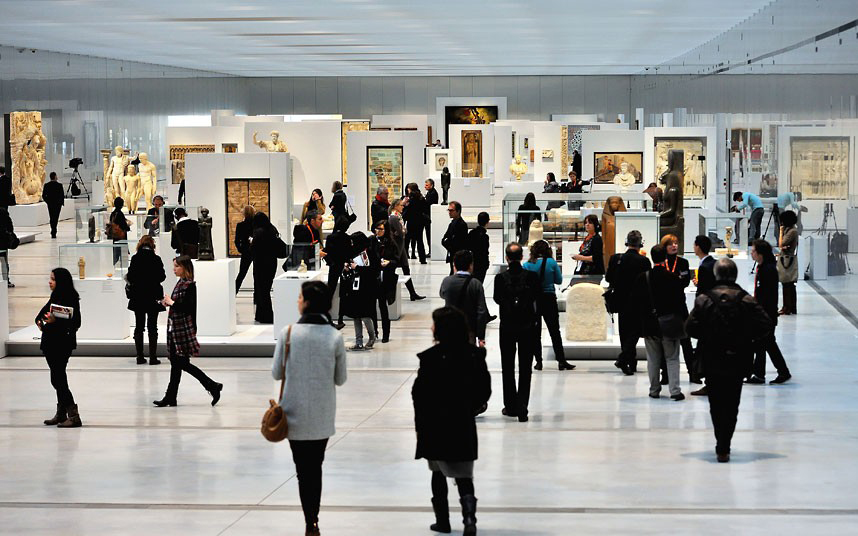 An opportunity for Lens and for the Louvre

Yesterday President Francois Hollande inaugurated the first regional branch of the Louvre, a cultural “clearing”, as written in Le Figaro, in a former mine yard at the industrial city of Lens (Northern France). Authorities hope the museum will draw 500,000 visitors a year, from locals to tourists from Paris, London, Belgium and the Netherlands. The Lens branch is the first ever regional branch of the Louvre, which is also planning a brand new museum in Abu Dhabi for 2014.

For its first five years, the museum’s central gallery will showcase 200 works spanning from Antiquity to 1850. The initial 205 works at the museum are displayed chronologically, and span from 3,500 BC to the Industrial Revolution. For its first year, the Louvre-Lens will host masterpieces by Delacroix and Raphael.

Nine years ago, Jean-Jacques Aillagon, the then Minister for Culture and Communication, and Henri Loyrette, president of the Musée du Louvre, announced plans to create a regional branch of the Louvre. Following the announcement, five towns and cities in the region put together proposals to host the new museum. Following visits to the six proposed sites, particularly by the then Culture Minister Renaud Donnedieu de Vabres, the city of Lens was put forward to Jean-Pierre Raffarin, the then Prime Minister, who announced Lens as the winner on a visit to the city on November 29, 2004.

The city of Lens offered a site of over 20 hectares in a former mine yard, closed in 1960. The site was ideal for the construction of a contemporary museum building with no constraints on design, as the Musée du Louvre wished. Its proximity to the train station, the absence of geotechnical issues, the esthetic quality of the landscape, and its location in the heart of a dense urban agglomeration were all key qualities that meant the site received an excellent technical report.

The decision to build the new museum in the former mine yard for the 9 and 9 bis shafts is highly symbolic. It is a way for the French Nation to express its gratitude to this corner of France that has suffered much in the past, both from war and from intensive coal-mining, followed by the closing of the last pit in Lens in 1986. Today, economic and social conditions remain difficult in the region, with a higher-than-average unemployment rate of 15%.

Following the example of the Tate in Liverpool and the Guggenheim Museum in Bilbao, the Louvre-Lens aims to play a part in local regeneration, helping to modernize the region’s image.

A project for urban renewal

The local authorities have fully seized the project’s potential and aim to make the Louvre-Lens a key to future economic development.

The planned Musée du Louvre-Lens has been awarded Metropolitan Project status within the metropolitan district of Lille, which groups 23 municipalities and partners representing a population of over 3.5 million inhabitants. Mission Bassin Minier, a planning agency specializing in former mining regions, has been charged with producing an urban planning study to ensure ease of accessibility to the new museum and its successful integration into the urban fabric. Lens city council is actively supporting the project, announcing in 2007 major plans to renovate the area around the train stations, following recent improvements to the boulevard Basly, the main thoroughfare through the city center.

The Louvre-Lens, an opportunity for Lens… and for the Louvre

The collections will therefore be presented in temporary, cross-disciplinary exhibitions uniting artworks that are displayed according to department, school, and technique in the Paris museum. The new museum will also be fully on view. Its storerooms will be visible and visitable, museum professions will be demonstrated, and visitors will gain insight into the “secret life” of the artworks.

In short, the Louvre-Lens will be a museum of the 21st century, a versatile and many-faceted museum with a social, artistic, and educational role.

A museum to which visitors will return time and time again

The Louvre-Lens will endeavor to fit into the local context – there could be nothing worse than a facility from which the people of Lens and its region would feel excluded. This is why it is hoped that the Louvre-Lens will not only attract visitors, but keep them coming back.

The prime visitors to the Louvre-Lens will be the people who live in the mining basin. A strategy is currently underway to integrate the museum into the local fabric and encourage the inhabitants to make it their own. Another key policy of the future museum will be its provision for school groups.

A cultural pole in the service of its region

The Nord-Pas de Calais region abounds in often renowned cultural facilities and museums which form a densely structured regional network. The Louvre-Lens will work in close collaboration with these establishments – the momentum created by the new museum must be of benefit to the whole community.