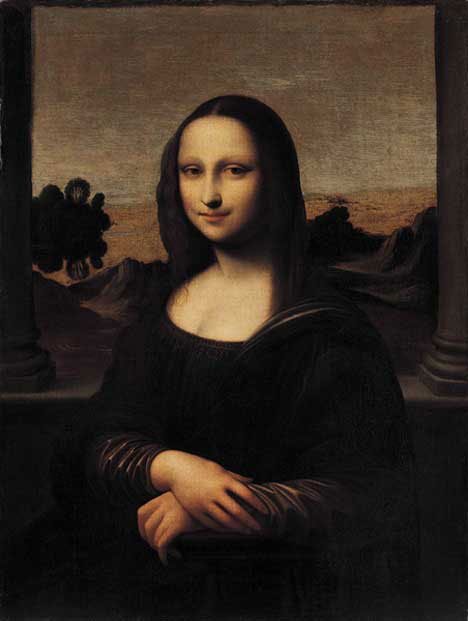 Another Mona Lisa to be unveiled in Geneva

The Isleworth Mona Lisa, a slightly larger version of the Louvre’s original, is due to be unveiled in Geneva on 27 September. A Swiss-based consortium, which owns the picture, argues that it is the first version of Leonardo’s portrait. This attribution is supported by Alessandro Vezzosi, the director of the Museo Ideale Leonardo da Vinci, in the artist’s birthplace of Vinci. He will be presenting evidence he has gathered with Carlo Pedretti, of the University of California.

This version of the Mona Lisa was bought in 1914 by the artist and critic Hugh Blaker, who lived in Isleworth, in west London. Unlike the Louvre’s Mona Lisa, around 1503-19, the painting is done on canvas (the original is on panel), it has columns on the sides of the picture and the landscape is very simple. Blacker reported that the picture had come from a Somerset aristocratic collection. In 1962, the painting was bought by the UK-based art collector Henry Pulitzer, who exhibited it very briefly in Phoenix, Arizona, in a commercial gallery.

The puzzle now facing Leonardo specialists is whether the Isleworth Mona Lisa is indeed from the master’s studio or is a subsequent copy, possibly from the late 16th century. Although the Prado’s copy of the Mona Lisa was accepted earlier this year as from Leonardo’s studio (see related story above), this latest announcement is likely to be greeted with initial scepticism—so the key question will be if the scientific evidence stands up. The painting is to be unveiled by Anatoly Karpov, the chess grandmaster and a member of the Zurich-based Mona Lisa Foundation.