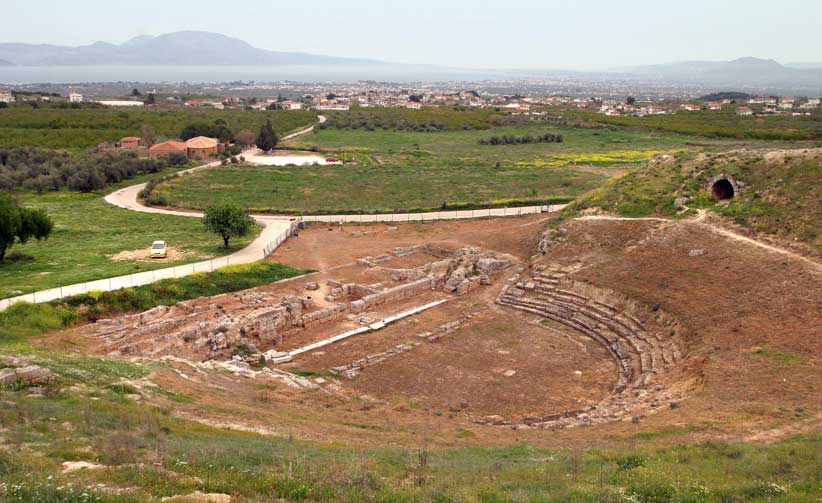 The ancient theatre of Sikyon will be restored

“Diazoma” Association will undertake the enhancement and restoration of the ancient theatre of Sikyon. For this purpose, a delegation of the Association and its president and former Culture minister Stavros Benos, the vice-regional governor Giorgos Dedes, the mayor of the municipality of Sikyones Spyros Stamatopoulos, and the director of Antiquities of the 37th EPCA Konstantinos Kissas, held a meeting in Corinth.

During the meeting, Giorgos Dedes stressed that as soon as the excavations and enhancement works will begin next summer, the ancient theatre of Sikyon will become one of the main pillars of cultural, touristic, economic and social development of the area and thanked all attendants, especially the president of “Diazoma” Association Stavros Benos for his strong engagement in this effort.

Stavros Benos said the ancient theatre of Sikyon was one of the most significant theatres worldwide, a fact that explains the citizens’ zeal for its enhancement.

The Hellenistic theatre of Sikyon was built between 303 and 251 BC and was altered at least twice by the Romans. The scene building was expanded in the 1st century and the stage was altered in the Late Roman period. With a seating area estimated at 122 meters wide and 58 meters deep, it is one of the larger theatres in the Peloponnese. The present day ruins at Sikyon are but a faint reminder of the Romanized theatre Pausanias visited in the second century CE.