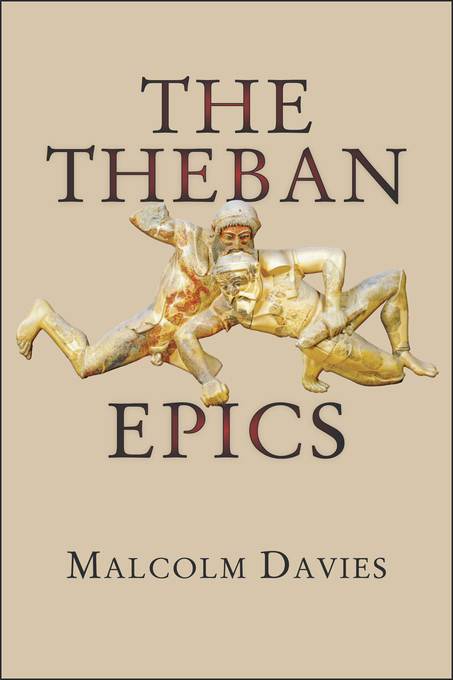 In antiquity, the story of the failed assault of the Seven against Thebes ranked second only to the Trojan War. But whereas the latter was immortalized by Homer’s Iliad, the account of the former in the epic Thebais survives only in fragments preserved in later authors. The same is true of the Oedipodeia and Epigoni, which dealt respectively with events leading up to the Seven’s campaign and with the successful assault on the city in the next generation. The Thebais was probably the most important of the three—certainly more and longer fragments of it have survived—and it has been alleged that its recovery would tell us more about Homer than any comparable discovery.

Paradoxically, these fragments suggest very un-Homeric content and style (in particular its detail of the hero Tydeus forfeiting immortality by gnawing on the head of a dying enemy). The same is true of the epic Alcmaeonis, named after one of the Epigoni, whose few surviving fragments pullulate with un-Homeric features. Malcolm Davies provides the first full commentary on all four epics’ fragments. He attempts to set them in context and examines whether artistic depictions of the relevant myths can help reconstruct the lost epics’ contents.