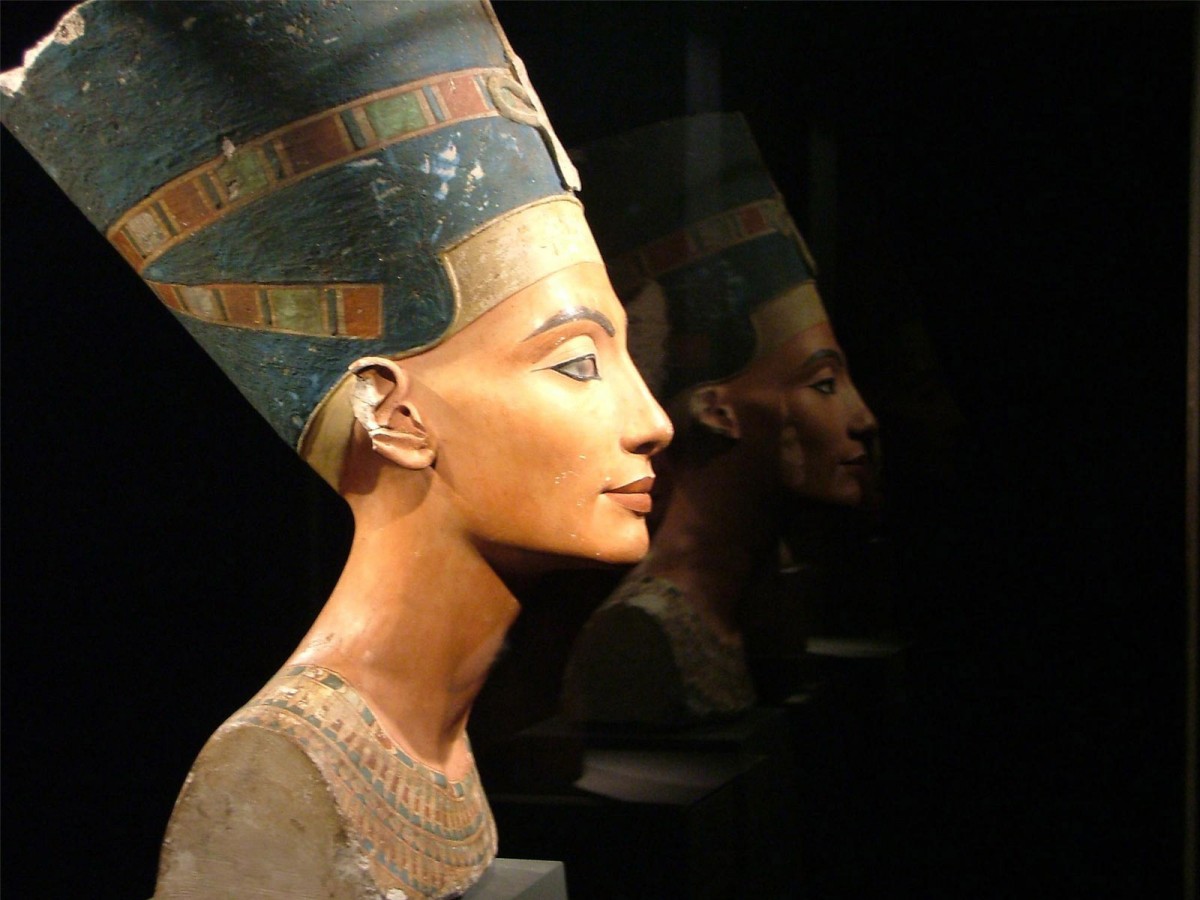 “In the Light of Amarna”. 100 Years of the Nefertiti Discovery

To mark the 100th anniversary of the discovery of the bust of Nefertiti, the Egyptian Museum and Papyrus Collection are presenting a special exhibition at the Neues Museum. At the same time persists the dispute with Cairo over the work’s ownership.

Neues Museum on Berlin’s Museum Island is presenting its most legendary treasure, the archetype of female beauty created 3.400 years ago. This bust of Nefertiti is considered the most famous representation of a female face in the world after Leonardo da Vinci’s La Gioconda.

Part of the antiquities brought to light by archaeologist Ludwig Borchardt on 6 December 1912 are also exhibited. Some objects from the Amarna period are presented for the first time, a loan from The Metropolitan Museum of Art, the Louvre and the British Museum.

“There are works of art that belong to the collective conscience. Nefertiti is such a work”, declared the Minister of Culture, Bernd Neumann, during the exhibition’s inauguration that bears the title «In the Light of Amarna».

Nefertiti, who lived in the 14th century BC, was married to Pharaoh Akhenaton, famous for having introduced monotheism to his kingdom and also for imposing as exclusive the adoration of the sun’s god Aton.

The bust of this queen who played an important political and religious role in her time, is so very fragile and so invaluable that it is placed under a glass cover. It attracts a million visitors per year since exhibited at the Neues Museum, which has opened again to the public in 2009 after being restored by the famous British architect David Chipperfield.

The sculpture carved in limestone has been placed at the end of a long hallway while a dim light creates a dramatic impression: her one inset eye of quartz makes you think she’s alive –the other eye is lost- same is true of her fine nose, her high cheekbones, her smile painted red, as well as her blue crown decorated by a red, grey and gold ribbon. Her ears cut at their ends are strangely the only obvious damage on the bust.

This sculpture is the most important of the works of art claimed by Egypt on an international level. However Egyptian authorities are less pressing at the aftermath of the Arab Spring and the fall of Hosni Mubarak. The political priorities have changed. The dispute nonetheless goes on behind the scenes according to German officials, although Berlin claims possessing documents, which prove that Nefertiti’s bust had been bought legally at the time from the Prussian state.

“Nefertiti legally belongs to the Foundation for the Cultural Heritage of Berlin, there is no doubt whatsoever about it”, declared Neumann, adding that Berlin takes very seriously its responsibility about the bust’s conservation.

Friederike Seyfried, Director of Berlin’s Egyptian Museum housed in Neues Museum, noted that the political instability created by the Arab Spring in Egypt has been an impediment to the collaboration with the Egyptian experts towards preparing this exhibition.

In Berlin’s exhibition, that will last till April 13th, more than a thousand objects are presented, among them the restored Akhenaton’s bust. Nefertiti’s bust is one of the over 7.000 archaeological objects brought to light by Ludwig Borchardt and his team in the Amarna site, Akhenaton’s capital. Over 5.000 of these objects had been sent to Berlin.