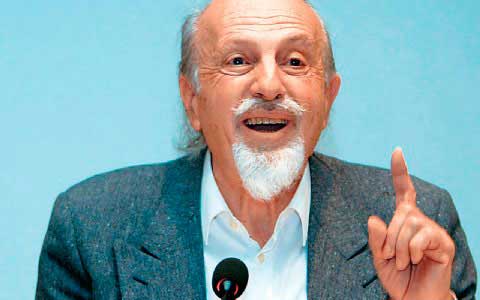 The International Colloquium on Aristotle 2012-2013, organized by the Interdisciplinary Centre for Aristotle Studies A.U.TH., has started on Wednesday with a lecture given by Theodosios Tassios, “An Alternative Reading of Aristotle’s Mediation”.

The Colloquium’s program contains a series of lectures presented by researchers specialized in Aristotle studies, from England, Belgium, Germany, the Netherlands, the USA and Greece.

The aim of this international colloquium is the in-depth examination of the various aspects of the Aristotle philosophy by special researchers. The subjects concern Ethics, Metaphysics, Theology, Physics, Psychology, Biology and Economics, with special reference to issues such as the relation between physics and metaphysics, medicine and ethics in Aristotle’s work. Furthermore, the lecturers will address the theory of mediation, the theory of “pneuma” (spirit), perception and thought, science, biological adaptation and environment, functional anatomy and economics.

The philosopher from Stageira, student of Plato and teacher of Alexander the Great, exerted a ceaseless influence with his work on human thought. After twenty five centuries he still has a constant presence in Western civilization’s intellectual life, as an integral part of its cultural heritage.