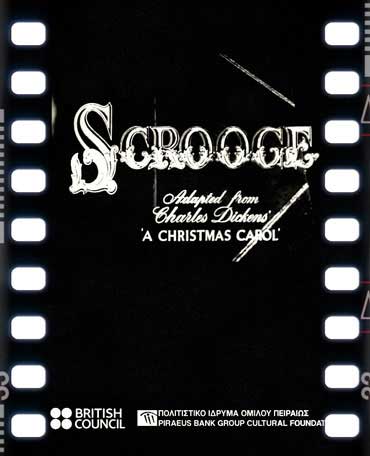 Scrooge at the thematic museums of PIOP

This Christmas, the Piraeus Bank Group Cultural Foundation (PIOP) and the British Council in Greece are joining forces on the occasion of the international celebration for the 200th anniversary since the birth of the great British author, Charles Dickens (1812-1870).

On Sunday, December 23, 2012, at 11:30 am, the classic black-and-white film “Scrooge: A Christmas Carol” will be projected in the Foundation’s seven thematic museums. The film recounts the story of an old man, a heartless and greedy miser, Ebenezer Scrooge, who hates Christmas, but gradually repents and is transformed into a kind, good-hearted and compassionate man when, on Christmas Eve, he receives the unexpected visit of four spirits. The film by Brian Desmond Hurst (1951, 86 minutes) has been termed the best screen adaptation of Dickens’ novella A Christmas Carol (1843), one of the most popular works of international literature. The motion picture renders, in an ideal manner, the mixture of fear, repentance, entertainment and redemption in the festive atmosphere of the story.

The moving Christmas tale, suitable for family members of all ages, will travel to the Greek provinces, from Thrace to the Peloponnese and from Thessaly to islands of the Aegean, via PIOP’s Museum Network, offering an opportunity for the older generation to reacquaint itself the film and for younger people to discover it.

On this day, entry will be free in all of the museums belonging to PIOP’s Network [the Silk Museum – Soufli (Thrace), the Open-Air Water-Power Museum – Dimitsana (Peloponnese), the Museum of the Olive and Greek Olive Oil – Sparta (Peloponnese), the Museum of Industrial Oil-Production on Lesvos – Aghia Paraskevi (Island of Lesvos), the Rooftile and Brickworks Museum N. & S. Tsalapatas – Volos (Thessaly), the Museum of Marble Crafts – Pirgos (Tinos Island), and the Museum of the environment of Stymfalia (Peloponnese)], which will be open between 10 am and 5 pm. The event is being held in the context of the international celebratory Dickens 2012 programme with the kind sponsorship of the British Council in Greece.

Earlier on, from 10 to 11.30, once again in all of PIOP’s museums, a variety of free creative activities will take place, conformed to the festive spirit. Young visitors can come with their families to whichever of the seven museums is in their region and make Christmas handicraft objects from a range of materials to decorate the Museum or their home, prepare traditional biscuits and cakes, sing kalanta (the traditional Greek carols), and exchange wishes. Entry will be free.