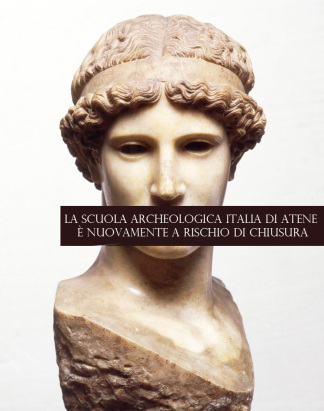 Save the Italian Archaeological School at Athens

Threatened to close down due to budget cuts

The Italian Archaeological School at Athens is once again threatened to close down, due to drastic budget cuts.

In the past the Italian School faced the same danger twice, in 2009 and 2010, and managed to overcome it after the immediate intervention of the President of the Italian Republic.

This time, however, it seems that the problem is different, as the president of the Italian School Emanuele Greco mentions in a letter he uploaded in the School’s site. There is no definitive plan yet to close down the School, but as its budget has been cut drastically, it is impossible for the School to continue functioning.

The Italian Archaeological School was founded in 1909, and has been acknowledged for its work not only in Greece but also worldwide. The IASA has conducted excavations in significant archaeological sites in Crete, such as Phaistos and Gortyna, in Lemnos (Hephaisteia, Poliochni, Sanctuary of Kabeiri) etc.

If you are interested in saving the Italian Archaeological School at Athens, you can sign the online petition http://firmiamo.it/troppi-tagli–rischio-chiusura-della-saia