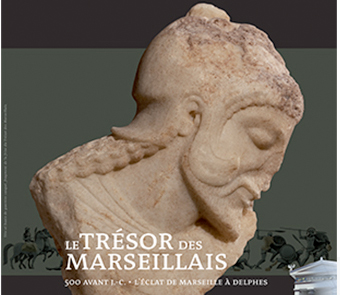 The Treasure of the People of Marseilles

In the sixth century BC, Massalia, now called Marseilles, was one of the most powerful seaports of the western Mediterranean. As a sign of its exceptional importance, a treasure was offered by Massaliètes (from Marseilles) to the Greek gods at Delphi.

Exhibited for the first time outside Greece, 29 surviving fragments of the Treasure of Marseille are on display in an atmospheric son et lumière show at the Vieille Charité, in Marseille.

Using digital technologies and video, visitors of the exhibition “The Treasure of Marseille” discover the reconstruction of this historic building in 3D and can be immersed in the archaeological excavations that have enabled this reconstitution.

In the surrounding halls there is an exhibition of photographs taken by Magnum artist Josef Koudelka. Over the last 21 years, Koudelka has pursued a unique project which has never before been realised in the history of photography. His aim was to photograph the great Greek and Roman antique sites, in all 19 countries of the Mediterranean area. A testimony to the basis of our civilization, “Vestiges” is the first retrospective of this extraordinary journey. These panoramic images also establish the importance of the landscape within Koudelka’s work.