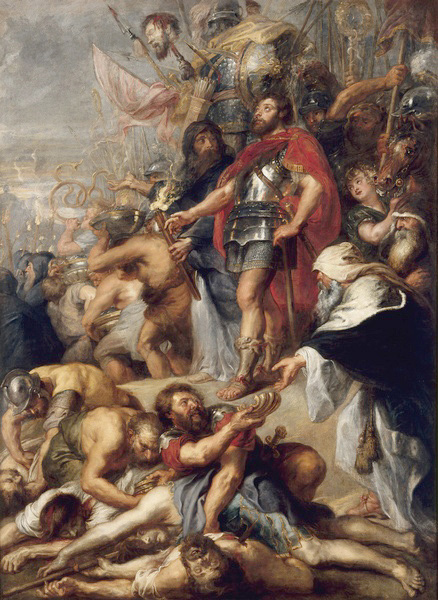 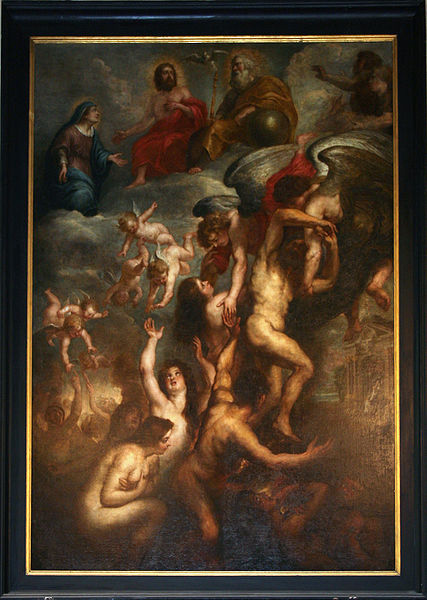 Work was looted during the French Revolution

During the French Revolution, the French Army took a Rubens painting from the cathedral in the Walloon city of Tournai, 85 km southwest from Brussels. The work, entitled “The Triumph of Judas Maccabeus”, ended up in the Musée des Beaux-Arts in Nantes. Now, Belgians are demanding the painting’s return, something they have done before last year, but received no reply.

“The Triumph of Judas Maccabeus” was commissioned by Maximiliaan Villain van Gent, bishop of Tournai in 1635. The people of Tournai paid for it. It was one of a pair by Rubens, the second painting being “The Freeing of the Souls from Purgatory”, which was looted at the same time but returned in 1816.

As for the “Triumph”, Napoleon gave it to Nantes in 1801. During the 19th century various bishops of Tournai have asked for the work to be returned, but in vain; the painting remained in France.

On the occasion of having completed a large-scale renovation project of the cathedral, Tournai hopes to reunite the two paintings.

According to media reports, the reason why Belgian demands haven’t been successful may be due to the splintered political situation in Belgium. The demand was made by Rudy Demotte, president of the French Community of Belgium who represents the French-speaking population of Wallonia and Brussels. Last year, the answer of French culture minister Frédéric Mitterrand, who refused to comment on Belgium’s request, was that France “has not received any official demand from the Belgian federal state”.