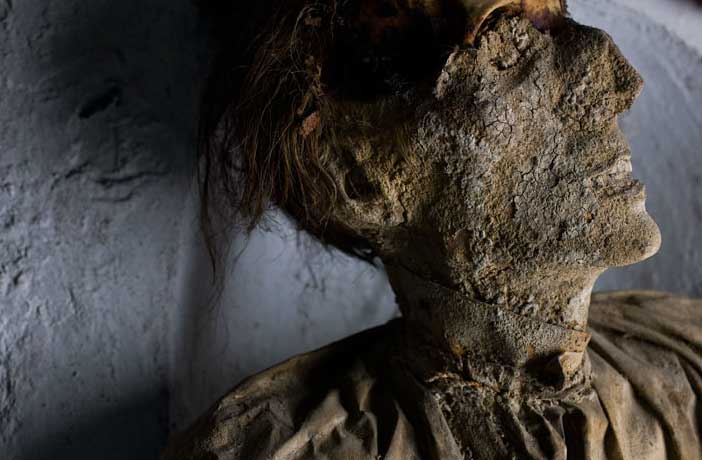 The desiccated dead of Sicily from the late 16th to the mid-20th century, arrayed in crypts and churches, are “a unique treasure in terms of both biology and history”, says anthropologist Dario Piombino-Mascali of the Department of Cultural Heritage and Sicilian Identity in Palermo.

Investigation in their case means x-ray exams and CT scans. And what lies within? For one thing, evidence of a good diet, says Piombino-Mascali. But gastronomic affluence came with a price. Isotopic probes of the bones also show signs of maladies like gout and skeletal disease, which tended to afflict the middle and upper classes in preindustrial societies.

Discoveries in Sicily are coming from unlikely places. Karl Reinhard, a forensic scientist at the University of Nebraska-Lincoln, and his graduate students recently conducted a pilot program to see what they could glean just by examining intestines. Their subject was “Piraino 1”, a male in his 40s who lived at the turn of the 19th century in northeastern Sicily.

Radiology revealed that “Piraino 1” had multiple myeloma, a form of cancer. But the real surprise came when evidence of milkwort was found, a pollen plant with antitumor agents used in China and Turkey but thought to be unknown in Sicily. The team also found traces of grape pulp, a purgative with compounds effective in cancer treatment and cardiovascular disease.

What’s more, an enormous whipworm infection was spotted in the mummy’s intestinal tract, a fecal-borne parasitic disease usually associated with poverty. “Though this individual was well-to-do in life, one can speculate that his activities brought him into contact with the lower classes. This shows how we can create a thumbnail sketch—his disease, his diet, his time of death—from the inside of a mummy”.

But for how much longer? Piombino-Mascali is eager to perform DNA investigations on the mummies to understand how they might be related. He says climate-control systems such as air conditioning are desperately needed. “We need to act fast to save these mummies”, he says. “It was the wish of these people to be mummified. So we have a moral [imperative] to preserve them”.

Whatever comes next, Piombino-Mascali says his team’s work has had an unexpectedly existential effect on the local populace. “For many years the subject of death was taboo [in Sicily],” he says. “Now, given the scientific importance of what’s emerging with these mummies, people are understanding that in Sicily, death has always been part of life. And for centuries many Sicilians were using mummification to make sure there was a constant relationship between life and death”.