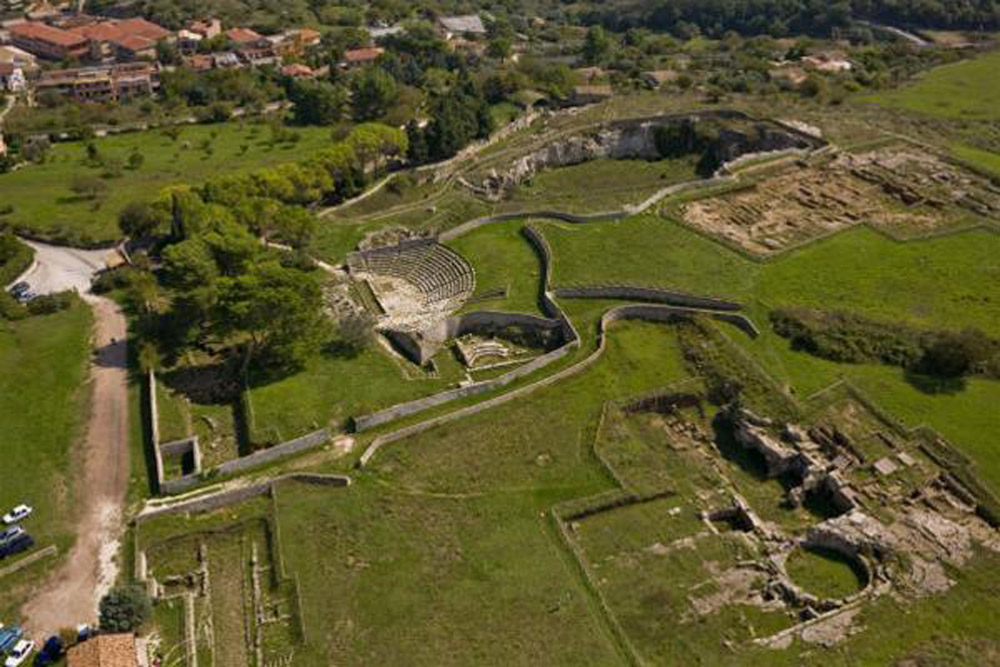 Revealing the city's history during teh first Christian centuries

Portable artefacts of significant artistic importance have been revealed in the residential quarters of the ancient city of Akrai, in the in the south-eastern part of Sicily, near Syracuse, through a project run by the Institute of Archaeology, University of Warsaw in collaboration with the Office of Conservation in Syracuse (Soprintendenza dei Beni Culturali e Ambientali di Siracusa).

The finds include a bone pin in the shape of a female bust, with Flavian dynasty-stylized haircut, bronze cosmetic accessories, clay lamps (1st-2nd century AD), fragments of glass bowls (1st century AD) and numerous remains of Italian terra sigillata pottery. They were revealed within two excavations opened in the city centre following a geophysical study by Warsow University’s Prof. Krzysztof Misiewicz. “Particularly noteworthy are the monuments that testify to the numerous cultural and commercial relations of the city. Examples are numerous coins, minted at the mints throughout the Roman Empire, or a fragment of an oil lamp with a handle in the shape of acanthus leaves, the likes of which can be found in the region of Campania-Latium, where production developed in the 2nd and 3rd quarter of the first century AD, and the accumulation of finds can be observed in the regions of Vesuvian cities such as Pompeii”, adds project director Dr. Roksana Chowaniec.

The earliest traces of human settlement at Akrai date from the 12th c. BC. as the Siculi tribe inhabited the area. During the 7th c. BC the Greeks came, creating the colony that gave tha place its present name, which continued to flourish during the Roman times. Polish researchers started working in the area back in 2009, using non invasive methods, continuing with excavations in 2011. Since then, Akrai have been the subject of a scientific conference and am exhibition.