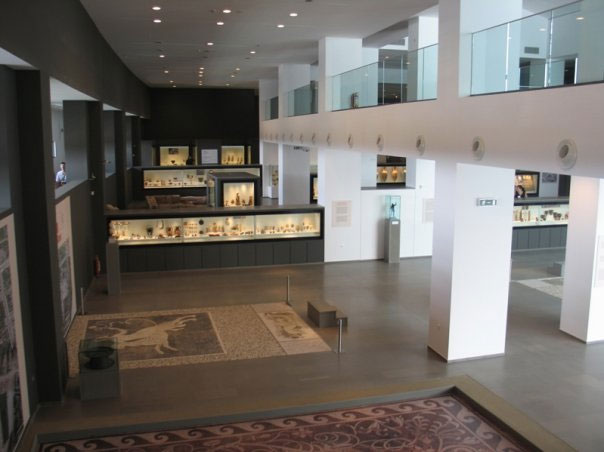 Treasures of Macedonia at Pella

Big exhibition to be inaugurated in spring

More than 500 treasures of Macedonia, such as gold wreaths, gold masks, jewelry, warrior’s helmets, elaborate sculptures, vessels and other antiquities will be presented for the first time to the Greek audience in a big exhibition to be inaugurated in spring at the Archaeological Museum of Pella.

The temporary exhibition “Macedonian Treasures” will be organized by the 17th Ephorate of Prehistoric and Classical Antiquities. It will be hosted at the upper floor of the new Archaeological Museum, which is already being equipped to welcome the big event.

Also in spring, another exhibition will be inaugurated at the Pella Museum, focusing on the Archontiko excavations.

Furthermore, the 17th EPCA is preparing a photographic exhibition which will be shown at the lobby of the Pella Museum. This exhibition will be dedicated to the memory of Alexander the Great and investigate how it is being assimilated into the international art through Persian and Byzantine manuscripts, masterpieces of ancient art and artistic creations of the West.

The Ephorate aims to inaugurate all three exhibitions by June 2013. Soon the landscaping of the Museum’s surrounding area will be completed. The new museum in Pella was built in 2006-2009.