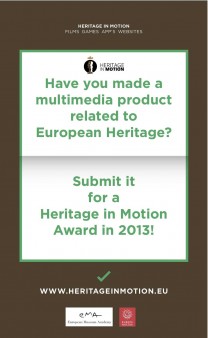 Entries are open to producers, directors or other representatives of multimedia productions, which relate to Europe’s cultural and natural heritage.
- +
by Archaeology Newsroom
15 02 '13 13:39