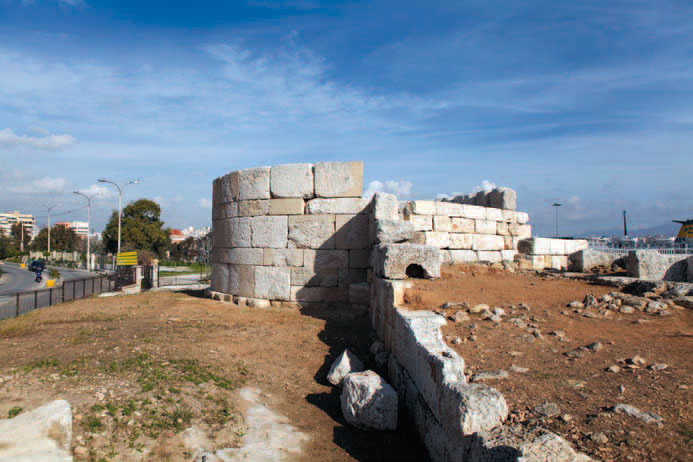 A new museum for Piraeus

The museological study conducted by the 26th EPCA has been approved

2,961 artefacts from the excavations of the 26th Ephorate of Prehistoric and Classical Antiquities, which today are kept in the storage rooms of the Archaeological Museum of Piraeus, will be presented for the first time to the audience in the new annexe of the archaeological museum, the “Kastraki” building at the “Cultural Coast”.

The exhibition will tell the story of the port since the early Historic times, through objects such as findings dating to the Early Geometric Era and the archaic tombs in Kaminia and in Delta Falirou.

The Council of Museums has unanimously stated its agreement to the museological study conducted by the 26th EPCA. The study aims at the enhancement of Piraeus’ importance in Antiquity and its presentation as the first Hippodamian city in the Helladic region.

The first section of the exhibition will be entitled “A city for Piraeus”, and it will be dedicated to the foundation and fortification of Piraeus in the 5th century BC. Themistocles, who had initiated the fortification works, advised the Athenians to take advantage of Piraeus’ natural harbours –Kantharos, Zea and Mounichia- instead of using the bay of Phaleron. Thus, the Athenian navy base was transferred there. The Themistoclean and the Long Walls, with which Piraeus was connected to Athens, are dominant in this section, which will be enriched with photographs, drawings and three-dimensional representations.

“The city as a ruler of the seas” is the title of the second section. Here exhibits and information from the famous neosoikoi (ship houses) and the skeuotheke (arsenal) of Philon (4th century BC), where the equipment for battleships was stored, will be presented.

The third section, “The scent of the port”, will present the commercial port section “Kantharos”, the biggest harbour of Piraeus, and the commercial activity of Athens. Inscriptions, coins, weights etc., will be showcased in this section.

The fourth and biggest section is dedicated to the city planning development and the function of the port Piraeus. In this section, emphasis will be given to the use of the Hippodamian urban planning system. Hippodamus of Miletus has designed an ideal city based on isonomy and democracy.

“Piraeus was planned within a protective shell, its fortification walls, and on virgin land, as there was no former habitation. It was a bioclimatic city, with good air circulation and plenty of exposure to sunlight. Hippodamus designed the ideal city of the 10,000 inhabitants, consisting of soldiers, farmers and craftsmen, by separating the land in public, sacred and human. A utopia which became reality,” said the Director of 26th EPCA Mrs. Stella Chrysoulaki. Road signs, pottery, weaving tools, lamps, fishing tools from houses, as well as moulds of clay tablets and figurines from workshops will be shown.

In the same section “Pilgrimages” will be presented, dedicated to sanctuaries and public and private cult activities, with findings from the Sanctuaries of Artemis Munichia, of Asklepios, of Cybele in Moschato etc. Furthermore, plenty of grave offerings and funerary stelae from the cemeteries of the area (5th century BC-1st century AD) will be showcased.

The last section will refer to the stories of natives and foreign people who lived in Piraeus. Here, inscriptions of metics, funerary stelae depicting family life, female objects, like jewelry, and male objects, like strigils and unguent vessels.

The new museum’s goals also include the presentation of educational programs and the excavations conducted by the 26thEPCA, as well as the organization of open meetings of archaeologists and conservators about these excavations.