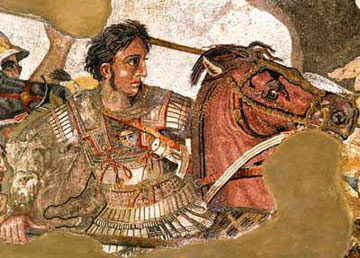 Ambitious plans for a theme park

Thessaloniki plans to “revive” the life, work and historical battles of Alexander the Great, by creating a theme park. “Alexanderland”, as the park is dubbed, aims to promote the tourist and cultural development of Thessaloniki, as the deputy governor of Central Macedonia, Giorgos Tsamaslis, said.

The ambitious project will use Disneyland as a model. It will include interactive displays, simulated battles, audiovisual presentations and exhibitions. The park is estimated to encompass 300 acres. Officials are already discussing three state owned plots which could be used for Alexanderland. Tsamaslis’s office is also consulting with experts at Thessaloniki’s Aristotle University in order to draft a comprehensive proposal.

At the same time, Tsamaslis’s office plans three extensive reformations for the creation of metropolitan parks in the city’s center, such as the National Park of Koroneia and Volvi lakes.