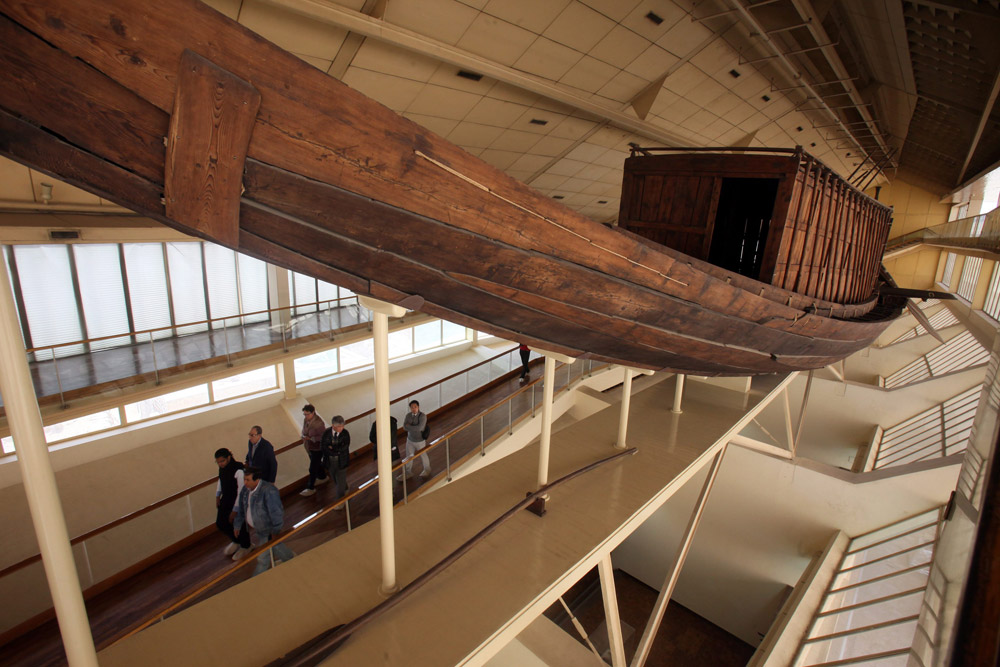 Egyptian antiquities officials have confirmed to Bikyanews.com that a pipe has burst inside the museum holding one of pyramid builder Khufu’s boat. The ancient boat has been restored and is a major pull for tourists heading to the Giza Pyramids.

Khufu is also the 4th dynasty King who erected the largest of the three pyramids, which has been named after him.

One official said late Monday night that the “sewage pipe in the building has exploded. We are looking into the situation and are not sure if any damage has happened.”

Activists and archaeologists have begun spreading the message on Twitter and other social media networks as they fear for the destruction of the ancient boat.