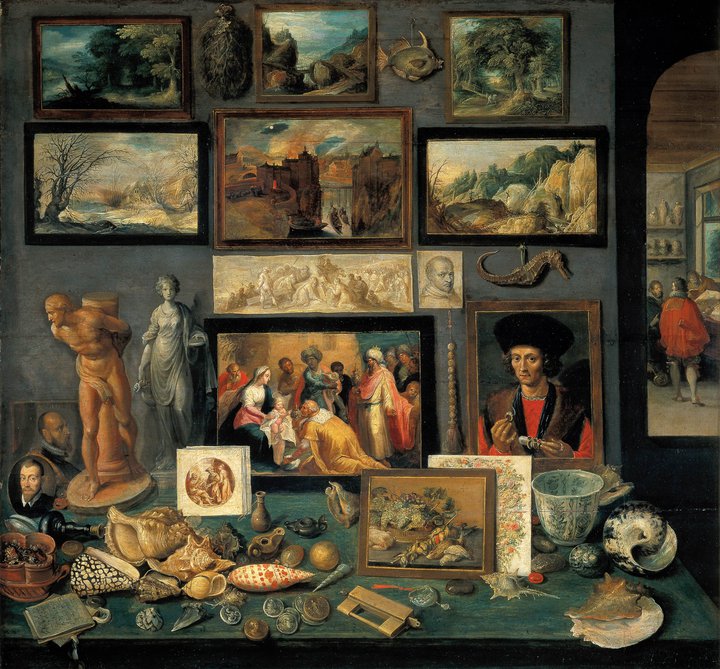 Images of the Art Museum

Connecting Gaze and Discourse in the History of Museology

The International Conference “Images of the Art Museum: Connecting Gaze and Discourse in the History of Museology” is organized by the Max Planck Research Group “Objects in the Contact Zone – The Cross-Cultural Lives of Things” directed by Eva-Maria Troelenberg. It will be held in Florence, on September 26-28, 2013.

Scholars normally consider the institution of the museum to have arisen in Europe. Historians have traced its origin back to the collections of the Renaissance princes and the “cabinets of curiosity”, the “Kunstkammern” and “Wunderkammern”, literally art chambers and wonder chambers, of sixteenth and seventeenth-century Western Europe. From their initial establishment until today, museums have become increasingly elaborate institutions, the purpose of which is not simply to exhibit collections of beautiful artefacts, but also to become a social agency able to interact with a different kind of public. In particular, in recent years, it seems as though “the museum” has become a geographically universal or “global” institution. At the same time, museum discourses are almost inevitably entangled with political questions, implying definitions of cultural values and privileges of interpretation.

Since the early 1990s, the emerging field of museum studies has seen rapid expansion in the critical study of museums. New Museology started to question the institution and its functions. Anthropological approaches to the object, theories on the aesthetics of perception or “Bildakt” have affected our ideas of the artwork. The current museum boom and the ensuing new wave of historiographical and theoretical writing on museums have on the one hand addressed notions of “the museum” as a temple, a cultural storage or even a universal symbol of enlightenment. On the other hand, more pro-active postmodern approaches work with concepts of the museum as a forum, a place of participation, but also as a machine or even a brand.

The changes in the museums’ functions have largely been documented and represented through a variety of tools, both literally and figuratively: pictures, photographs, popular books, video, film, etc… These images not only passively constructed the public’s idea of the museum but also play an active role in our understanding of the institution.

To contribute differentiated viewpoints to the currently evolving metadiscourse on the museum, this conference seeks to investigate how the institution of the museum has been visualized and translated into different kinds of images (the term “image” being applied both literally and figuratively) and how these images have affected our perception of these institutions. The images could be the result of the encounter between Western paradigms and alternative models of relating to art and of producing and promoting culture. Our aim therefore is to discuss a wide range of historical and present-day “images” of art and archaeology museums in Western and non-Western societies.

Papers may address one of the following or related topics:

-Artistic representations of the art museum.

-Museum transfiguration/idealisation vs. museum critique and polemics, also as expressed in art, cinema or literature.

-Reception of the images of the art museum: how does the image of the museum influence the public’s perception?

-Museums as topographical and/or cultural landmarks.

-The museum as a building and the museum as a canon: relations between space and artwork and its consequences for the image of the institution.

-The musealisation of public or private spaces: how does the presence of important artworks affect the perception of a place?

-Media Representations of the Museums: from the “Musée Imaginaire” to the web 2.0?

-Cross-cultural importations and exportations of museum concepts, artworks, and narratives.

The purpose of this multidisciplinary and international conference is to give scholars from various backgrounds and geographical areas working on the topic of museums an opportunity to meet and discuss ideas.

Applications should include a one-page CV and a 300-word abstract for a 25 minute presentation in English, Italian or German and should be sent to [email protected] no later than 15 April 2013.