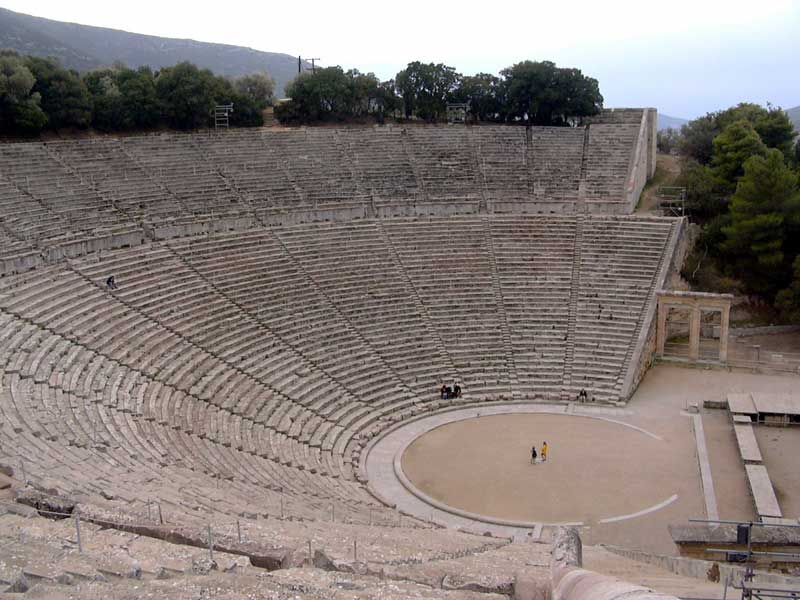 A place of healing for body and spirit

In Greece Epidaurus is considered the place where medicine was born. Professor Emeritus of Classical Archaeology at the University of Athens, General Secretary of the Diazoma Association (a cultural, non-profit association in aim to enhance the ancient theatres), Mr. Vassilios Labrinoudakis is more than familiar with this place. Mr. Labrinoudakis has led the excavations of the Archaological Society at the Apollo Maleata Sanctuary in Epidaurus since 1974. He is also the President of the Committee for the Preservation of the Epidaurus Monuments since 1984.

For many years now, the archaeologist has been coordinating  the conservation and enhancement works at the monuments of Epidaurus and the two sanctuaries, the Asclepeion and the Apollo sanctuary. These works have radically changed the face of the archaeological site. Mr. Labrinoudakis will be the speaker of a special lecture to be given on Thursday, March 28th, at the Athens Concert Hall, titled “The Asclepeion of Epidaurus: A place of healing for body and spirit”.

Epidaurus is primarily known for its ancient theatre. In recent years, however, another significant aspect of it is drawing attention: The Asclepeion and the sanctuary of its father Apollo (which also includes the theatre), the cradle of medicine. Old and new finds show how an ancient worship, whose main content was the theurgic therapy, developed into the practical-scientific medicine. Early theatres hosted cult practices, while in Classical Greece the also became places of exercising the body, with the games at the stadium, and the spirit, with the drama performances.

Thanks to the extensive restoration works carried out by the Committee for the Preservation of the Epidaurus Monuments, and the digital guiding tour using cell-phones, created by Diazoma, visitors can take a look into the most philanthropic cult of the ancient world.

In his lecture, the professor will bridge the past and the present of the Asclepeion, referring to the development of the healing cult of Apollo and Asclepius, to the type of therapy the Asclepeion provided and the main buildings for the function of the sanctuary.

He will also talk about the huge social impact the sanctuary of Epidaurus had, spreading its cult throughout the Mediterranean world and transplanting it to more than 200 other sanctuaries, thus becoming the cradle of medicine. Moreover, Mr. Labrinoudakis will refer to the form and the role the theatre of Asclepeion played in the worship and the recreation of the worshippers. He will finally present the dynamics of the modern use of the theatre in connection to the current, restored form of the other monuments of the sanctuary.