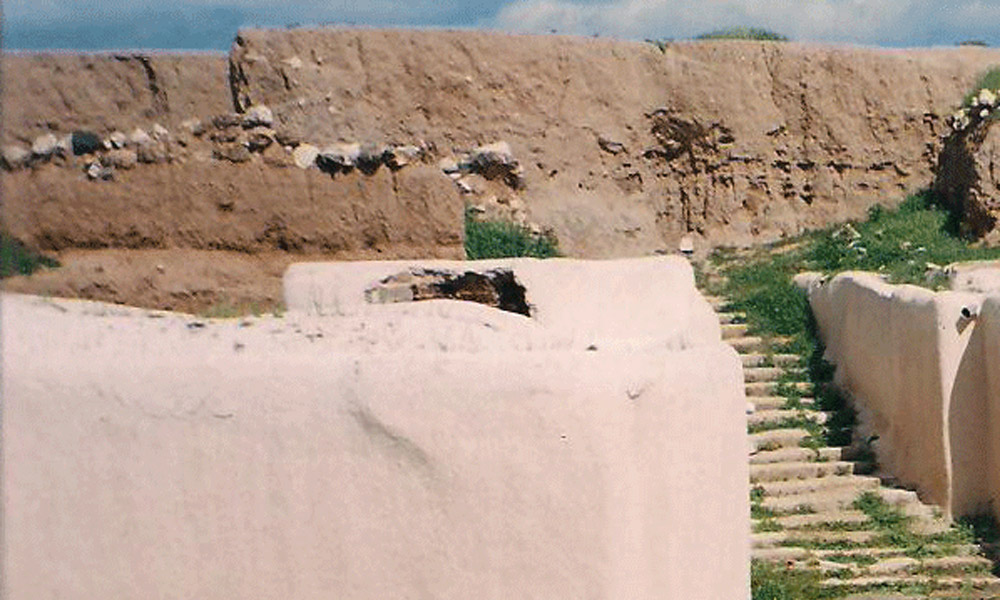 The double life of Ebla

A military post once more, it gets in serious danger

Seen from afar, Ebla in Syria is a mound rising above the Idlib plain. It was first settled more than 5,000 years ago. It eventually became a fortified walled city whose residents worshiped multiple gods, and traded olive oil and beer across Mesopotamia. The city was destroyed around 2200 B.C., flourished anew several centuries later and then was destroyed again.

Now, in a test of time, Ebla is finding its military character once more, as, the way happened thousands of years ago, it is used by rebel Syrians as an observation post for passing government military planes, during the civil war destroying the country since 2011.

For decades Ebla has been celebrated for the insights it offers into early Syrian civilization. The scenes here today offer something else: a prime example of a peculiar phenomenon of Syria’s civil war — scores, if not hundreds, of archaeological sites, often built and inhabited millenniums ago because of their military value, now at risk as they are put to military use once more.

“I keep a watch here,” says Ali Shibleh, member of fighting group The Arrows of the Right, which is now settled in Ebla fighting against President Bashar al-Assad.

He and other members of his fighting group perform a dual duty. Apart from using Ebla as a natural watchtower, they say they try to protect it from full-on looting by thieves who want to sort through the place with earth-moving equipment, looking for artifacts to sell on the black market.

Mr. Shibleh himself digs on the ancient mound, and he has explored its underground passages. He led the way on this day into a series of ancient crypts. “It is another country underground,” he says.

In one section of tunnel, Mr. Shibleh found a large scoop-shaped piece of bone that appeared to be as light as a wafer. It had been part of a human head. “There were too many skulls,” he said. “The cave here was full of them.”

Those skulls, he said, are now gone — removed by artifact hunters and then thrown away. Grave sites are potential spots to find jewelry or figurines, as some corpses were interred with offerings and possessions. This has made Ebla, like hundreds of other sites in a country that sometimes refers to itself as an open-air archaeological museum, a tempting spot for thieves.

The meticulous excavation of Ebla’s ruins had continued in the decades since its famous tablet archive was unearthed, and layer by layer had turned up more artifacts. Archaeologists had left much of the site undisturbed, for careful sifting by future teams. They hoped for more finds. That methodical examination has recently been replaced by crude digging and crime.

After Mr. Shibleh returned above ground, children were digging holes in the undisturbed sections of the mound, seeking more artifacts. Mr. Shibleh said some people also come to the site and haul away carloads of dirt from inside the tunnels; it is ideal, he said, for making the ceramic liner for bread-baking ovens.

Still, what is the position of archaeologists in Syria and worldwide? Dr. Paolo Matthiae, the archaeologist who dug Ebla during the 60s and 70s, did not reply to e-mail messages to commend on the situation. However, Sheikhmous Ali, an archaeologist documenting damages on sites through the organization Protect Syrian Archaeology, was dismayed. He compared the continuing damage to the destruction of antiquities in Iraq after the American-led invasion in 2003.

Mr. Ali and Maamoun Abdul-Karim, who leads the Directorate General of Antiquities and Museums in Syria, said that archaeologists on both sides of the war have appealed to the combatants to avoid using ancient sites for military purposes, and to protect ruins from vandals, looters and thieves.The effort has had only a limited effect. “Even before the situation in Syria now, we didn’t have very good control,” Dr. Abdul-Karim said.