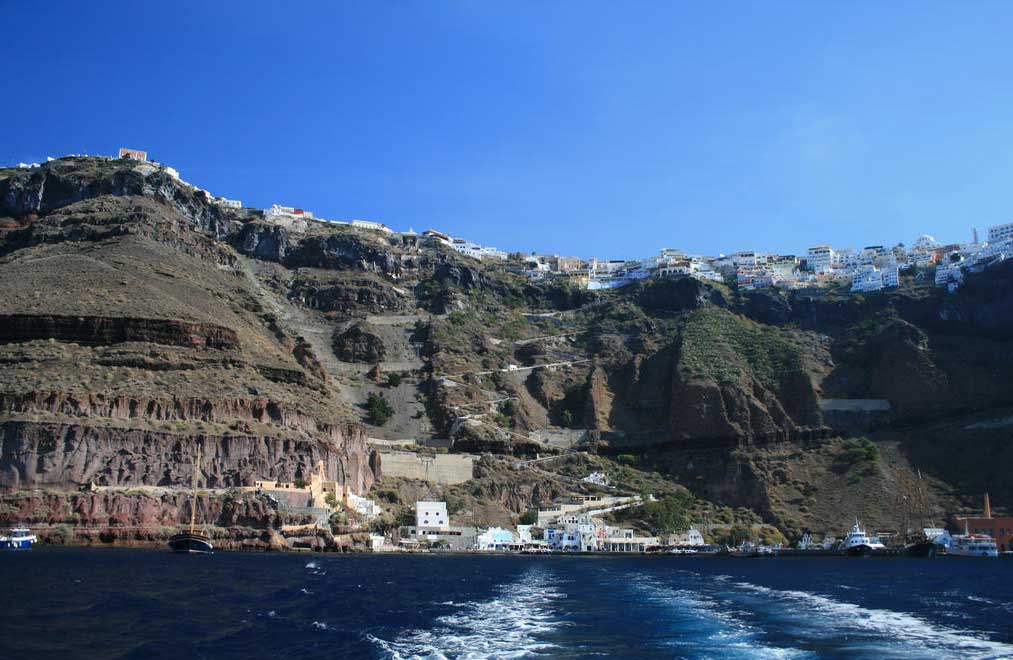 The Friends of the Australian Archaeological Institute at Athens are hosting an exciting four-day tour of Santorini led by Dr Stavros Paspalas from 31st May to 3rd June. This tour encompasses Akrotiri, the Museum of Prehistoric Thera, the site of Ancient Thera and the Thera Archaeological Museum.

Akrotiri, the amazingly well-preserved Bronze Age town engulfed by an ancient explosion of the island’s volcano (c. 1600 BC) has been under systematic excavation for nigh on half a century. It is primarily known for its well-preserved architecture and its intriguing wall paintings. A number of years ago the site was re-opened to the public, though an unfortunate accident led to its closure soon afterwards. A few months ago the site, now protected under a newly-erected state-of-the-art shelter, was again opened to visitors. The guided tour over the site will be conducted by Professor Christos Doumas, the excavator of Akrotiri since 1974.