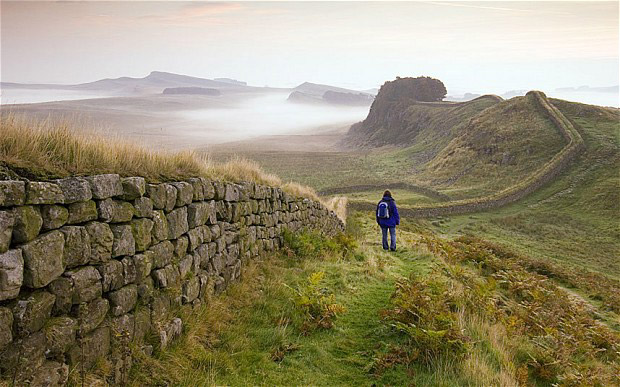 One million Brits ‘descended from Romans’

What the Romans did for them?

The Romans left Britain in the early fifth century, leaving behind Hadrian’s Wall and other state edifices alongside a number of towns, roads and encampments. Still, according to a new study, the most enduring sign of their legacy is in the genes of Britons, with an estimated million British men descending from the invading forces.

A genetic study of five thousand people indicated that up to four million men in England and Wales carry distinctive genetic signatures which are most commonly found, and likely have their origin, in Italy.  Also, the DNA markers are much rarer in places with no or little Roman presence, such as Ireland and Scotland. As a result, although science is still unable to demonstrate in which point in time any individual person’s genes were introduced, researchers estimate that the coming of Roman soldiers was responsible for at least a quarter of the total Italian genetic characteristics.

The Romans arrived in Britain in AD43. At that time, they accounted for between four and eight per cent of all men in Britain. As the Telegraph newspaper states: “Researchers examined DNA from the Y chromosome, which is only passed on by men, and identified five rare patterns which are unusually common among English, Welsh and particularly Italian men. The most prominent pattern, known as Alpine, R1b-S28, is found in 13 per cent of men in Italy and 6.5 per cent in England and Wales but just 4.3 per cent in Scotland and 1.8 per cent in Ireland, for example. Applying the findings to the whole population, this suggests 1.6 million English and Welsh-born men carry the Alpine marker alone. A further 2.3 million English and Welsh men have one of the four other genetic signatures identified by the study”. Yet, the true total can be even higher as these figures represent only men whose Roman descent is clear through their paternal line.

Dr Jim Wilson of BritainsDNA company, explained: “Of course each individual person has many other lineages. This implies that a considerable number of women and men descend from Romans in lineages other than their paternal line […]. We cannot be certain whether any particular individual descends from the Romans but across the population of people in these five genetic groups, some proportion of them must, and it could be considerably more than one million.”.

The study’s results have been presented at the Who Do You Think You Are? Roadshow in London.