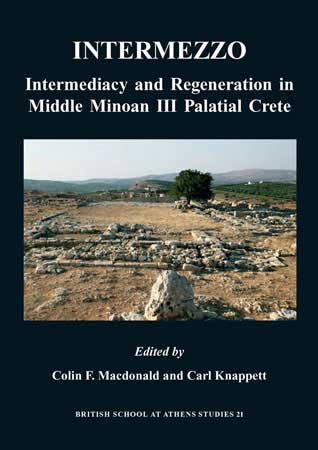 The Middle Minoan III period on Crete was initially identified and studied in detail at Knossos by Sir Arthur Evans. Subsequent scholarly attention focused on the preceding Old Palace period and the apparent floruit of the New Palaces at the beginning of the Late Bronze Age. In consequence one of the critical transitions in Minoan culture has been virtually overlooked, giving rise to confused and ill-informed judgements concerning developments in Crete and further afield.

With numerous innovations in art, architecture and material culture — notably an entirely new palace at Galatas — the changes in Middle Minoan III are striking, and appear to herald a new political organisation of the island, centred on Knossos. The papers in this volume, presented at the first colloquium to be held in the Villa Ariadne at Knossos, now restore the period to its rightful position. The specialist contributions cover most key sites where Middle Minoan III occupation has been identified. The aim has been to rehabilitate Middle Minoan III as a dynamic period in Crete and also on Thera, in order to provide a better understanding of socio-political change across the island and beyond in the latter part of the Middle Bronze Age.