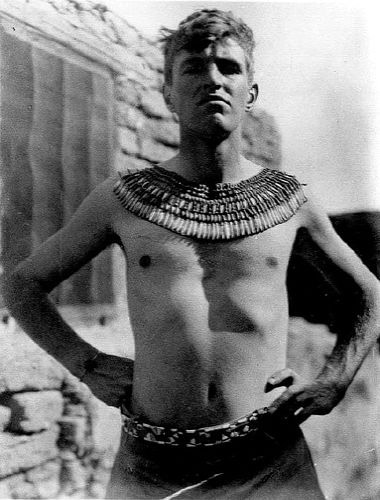 Previous Next
View all photos
Photo caption
Did you know?: People

John Pendlebury: Life and death of a real-life Indiana Jones

John  D. S. Pendlebury, the archaeologist who dug at tow of the most legendary archaeological sites worldwide, Amarna and Knossos, died as a hero, fighting against the Nazis in Crete.

Born in London (1904) and educated in Cambridge, Pendlebury was divided between specializing in Egyptian or Greek archaeology. He did both, by initially studying  Egyptian artefacts found in Greece -publishing “Aegyptiaca: A Catalogue of Egyptian objects in the Aegean area” (1930)- and later directing excavations at Tell el-Amarna between 1930 and 1936, and Knossos at around the same time.

With the beginning of WW II, the British Ministry of War ordered Pendlebury to organise the Greek resistance against the Nazis due to his knowledge of the Cretan landscape and of the language. The Nazis themselves knew about his activity, having given him the nickname “Lawrence of Crete”. Several days after the Nazis’ invasion in Crete (1941), during a battle where he was fighting alongside the Cretans, Pendlebury was seriously wounded. He was transferred to one of his co-fighters’ home where, several days later, was found by the Nazis. As they did not know who he was, and he would not answer any of their questions, he was shot dead.