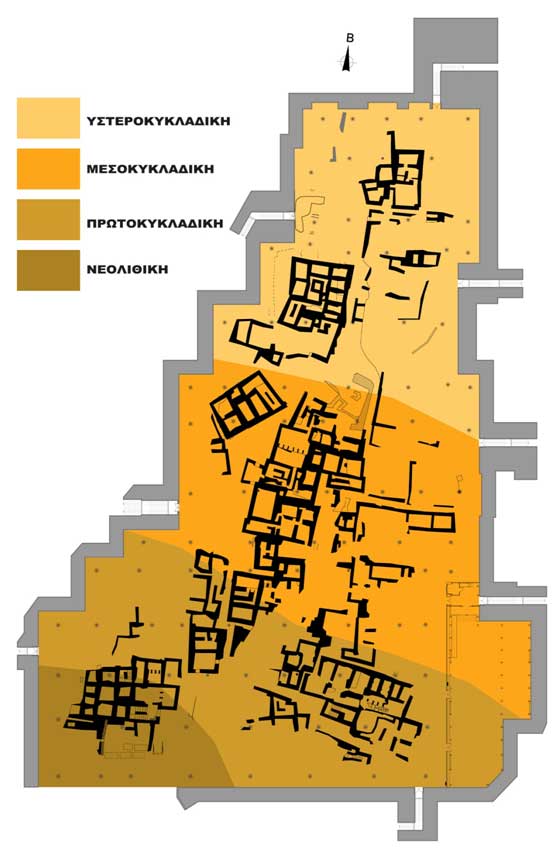 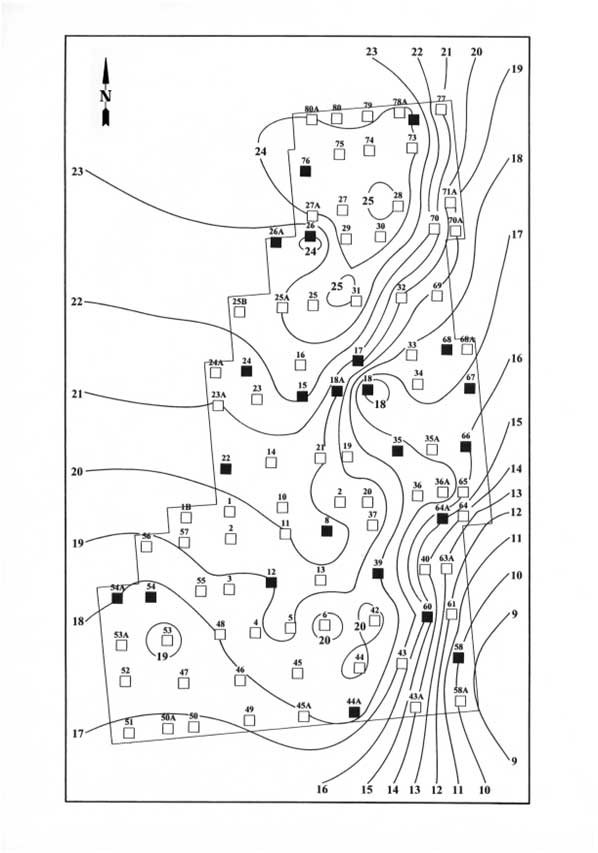 Christos Doumas will give a lecture on “Akrotiri, Thera: The first settlement. When? How? Why?”, as part of the Cycladic Seminar series. The seminar is organized by Marisa Marthari.

About 150 deep shafts excavated throughout archaeological site at Akrotiri, for the foundation of the pillars of the bioclimatic shelter, penetrated seven metres into the pyroclastic bedrock. Through these stratigraphic sections, often exceeding 20 metres in depth, it was not only possible to study the site’s history (fig. 1) but also to restore the geological relief, upon which the prehistoric settlement developed (fig. 2).

Following the rule applied generally in the prehistoric Aegean, the first settlement was founded at the tip of a low promontory entering the sea in a southwest direction with a sheltered cove at either side. Thanks to the geographic location of Thera between the Aegean and Crete, the settlement at Akrotiri was a maritime crossroad of the time and grew into the cosmopolitan harbour town, which was buried under a thick mantle of volcanic tephra in the early Late Cycladic period.